To sack Milo or not! Stakeholders divided over Black Stars 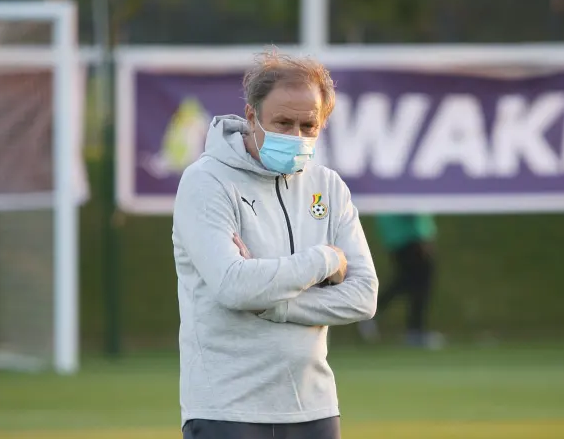 Stakeholders in Ghana football are sharply divided over how to salvage the Black Stars following their abysmal performance at the ongoing Africa Cup of Nations (AFCON) in Cameroun, which saw the team crash out at the first hurdle.

While some insist on a radical approach — the outright dismissal of the Head Coach, Milovan Rajevac, and the dissolution of the national team — others are calling for cool heads, sober reflection and a measured approach to the way forward.

Last Friday, an emergency meeting was held at Jubilee House between the Minister of Youth and Sports, Mr Mustapha Ussif, and the leadership of the FA and the Black Stars technical team, during which the minister expressed the nation’s disappointment at the team’s poor showing.

Directive to the GFA

At the said meeting, Mr Ussif told the GFA President, Mr Kurt Simeon Okraku, and his colleagues at the FA that Ghanaians had lost confidence in the technical team’s ability to lead the team to success and, consequently, directed the FA to relieve Coach Rajevac of his post and also reconstitute the Black Stars Management Committee, headed by the GFA Executive Council (ExCo) member, Mr George Amoako.

The Daily Graphic gathered that the GFA wanted the coach maintained to correct the mistakes of the AFCON, especially as the team had little time to prepare for a crucial World Cup qualification playoff against Nigeria in March.

The meeting appeared to have ended in a deadlock

In spite of the directive from the minister, as of the time of going to press, the GFA was yet to make an official announcement that the Serbian coach had been relieved of his post.

Read the full story in today's [Monday, January 24, 2022] edition of the Daily Graphic or via Graphic NewsPlus App.