Ghana's sprints sensation, Benjamin Azamati, almost picked a bronze medal in the men’s 100m final on Wednesday but missed out on the finish line to place fourth in a time of 10.16 seconds, as Kenya’s Ferdinand Omayal stormed to a gold medal in a time of 10.02 seconds.

Ghana’s 100 metres record holder got off to a good start and led the field by the 70 metres mark on his top end speed but the pre-race favourite, Omanyala, sprinted past the leading pack to win the race in 10.02 seconds while Simbini (10.13 seconds) and Yupun Abeykoon of Sri Lanka (10.14 sec) stormed past Azamati on the finish line in a photo finish to deny him a bronze medal.

A disappointed Azamati told the Daily Graphic after the race that he could have done better but was ready to use his defeat as a learning curve.

The 24-year-old student of West Texas A&M University said he had to continue working harder to be able to reach his full potential at subsequent competitions.

“As you can see, I came close to winning a medal but these things happen and you have to accept it.

“Omanyala is a great runner that I admire but I think I have to go back and work harder towards subsequent competitions,” said Azamati.

The Ghanaian qualified to the final of the 100m race with a time of 10.18 seconds to finish fourth in heat 2.

Meanwhile, his compatriot Sean Safo-Antwi has set his sights on the 4x100m relay after failing to qualify for the final of the 100m race.

Safo-Antwi who finished fifth with a time of 10.36 seconds in the men’s 100m semi-finals said he was disappointed for not qualifying for the final of the games.

He, however, admitted that he could have done better than his performance at the games but he was looking forward to the future.

“It is what it is and I can’t say anything about it because I did my best but couldn’t qualify, and that is part of the sport,” Safo-Antwi told the Daily Graphic.

“Right now I have to focus on the relays and hope we can achieve something great for the country.”

Emmanuel Asante was at the losing end against Javen Choong of Malaysia, and Emmanuel Commey was victorious against Solomon Island’s Gary Nuopula. 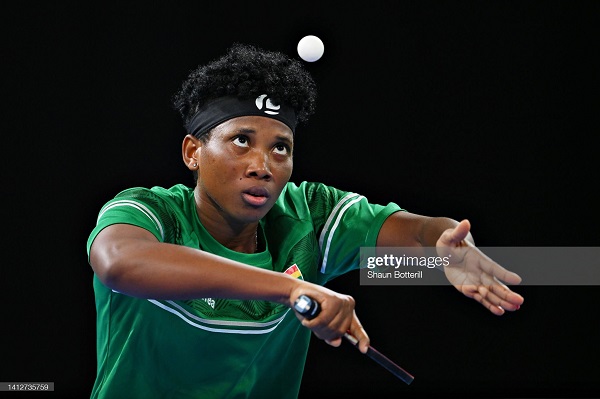 Also, Millicent Ankude was defeated 4-1 and 4-0 by Musfiquh Kalam of South Africa and Guyana’s Natalie Cummings.

In badminton, Ahmad Abdul Samad beat Abdul Bangura of Sierra Leone 2-0 in the Men’s Round of 64 Singles, with Ghana beating Falkland Islands 2-0 in the Women’s Doubles Round of 32.