The Independent Election Committee overseeing the Electoral Congress of the Handball Association of Ghana has approved three individuals to contest the Presidency.

The Congress will be held on August 13, 2022, at the Accra Metropolitan Assembly Head Office in Accra.

Briefing the press about the roadmap leading to the Congress last Wednesday in Accra, the General Secretary of HAG, Charles Amofah said the Committee despite the deaths of two aspirants had decided not to alter the list of candidates in order not to belabour the process which had been held up for two years.

The organization of the congress has come under scrutiny from stakeholders with disagreements over processes in the build-up, leading to the formation of a three-man committee to address the concerns.

The Congress was first postponed in 2020 at the height of the COVID-19 pandemic but has since been bedevilled by disagreements between stakeholders, leading to the formation of an independent three-man committee by the Ghana Olympic Committee to oversee the electoral process. The Committee is chaired by Jerry Ahmed Shaib (Esq.).

"These are legal issues if you open nominations again, it can bring a major challenge to us. So we have agreed not to change the delegates and aspirants list despite losing our Vice President Nortey Dowuona and Dr Baba," Mr Amofah explained. 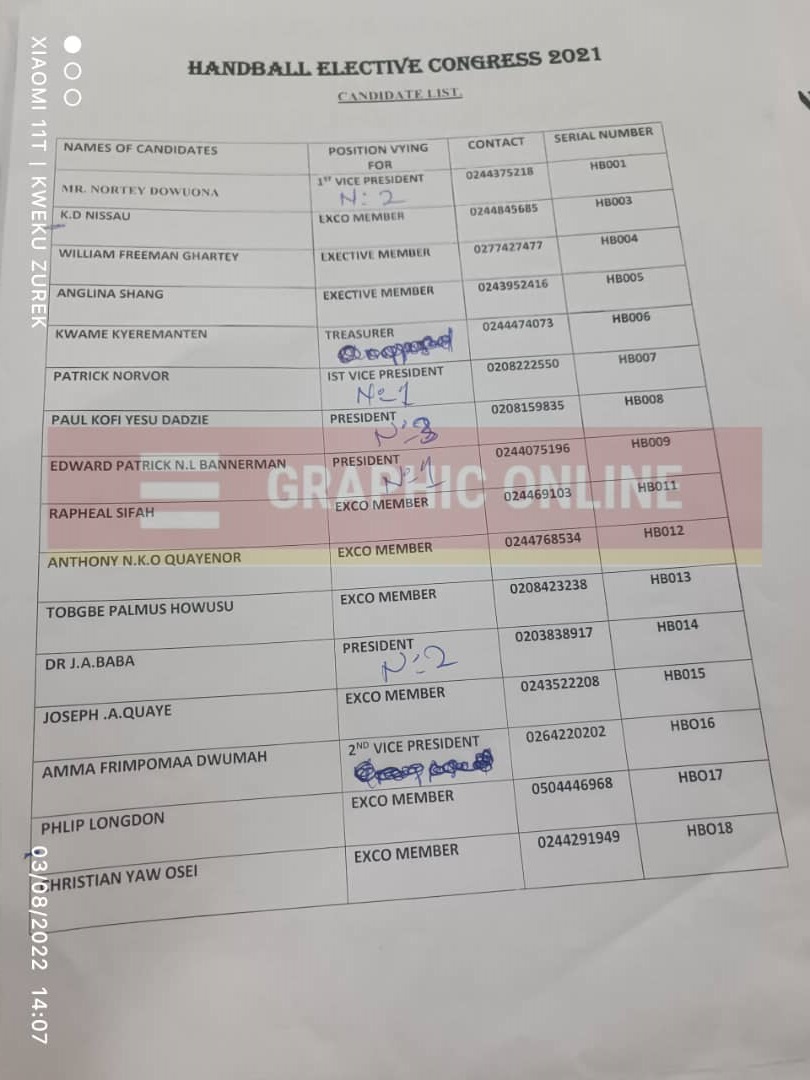 Vying for the two First Vice President roles at the Congress are Mr Nortey Dowuona (deceased) and Patrick Norvor while Amma Frimpomaa Dwumaah and Kwame Kyeremanten are running unopposed as Second Vice President and Treasurer respectively.