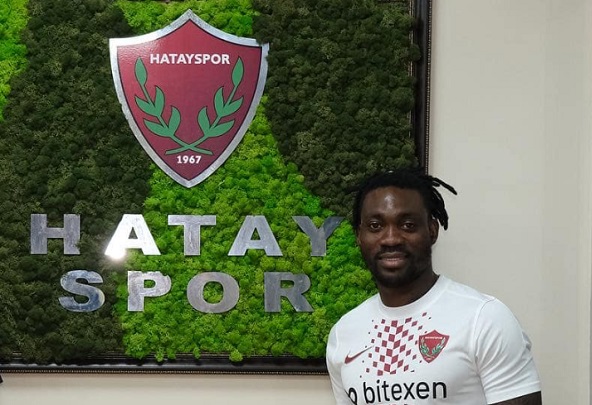 Atsu, 30, joins Hatayspor on a one-year deal with an option for another year.

"We welcome Christian Atsu and wish him endless success with our burgundy and white jersey," the club said in a statement.

He posted: "Thank you for making me feel so welcomed! Thank you President Doç.Dr.Lütfü Savaş, Mr Mehmet Guzel and everyone at @hatayspor excited for this new opportunity!".

He joins the Turkish side after spending the last season with Al-Raed in the Saudi Professional League.