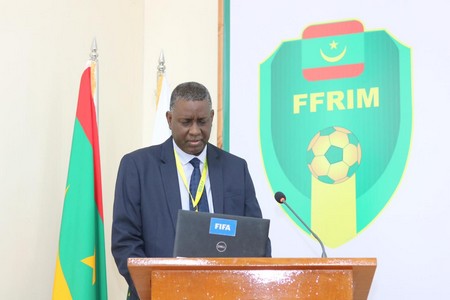 Mauritania on Tuesday made history by advancing in a continental competition for the first time, beating more fancied Mali, in their final Group D game at the ongoing Championship of African Nations being staged in Algeria.

Mali, silver medalists in 2020, were tipped to beat the Mauritanians and progress to the quarter-finals, however, in the end, it were the latter, with very little football pedigree in both the West African sub region and on the continent, that made an onward march in the competition, reserved for only home-based players.

A 1-0 goal were all that they required to keep an impressive 15-match unbeaten consecutive run to pick of the eight slots for the knockout stage of the CHAN 2022.

It however, came at a cost, as hours after their historic win, the vice president of the Mauritania Football Federation, Pape Amghar Dieng, who has been with the team in Algeria, reportedly passed away.

A statement from the Confederation of African Football (CAF) confirmed the unfortunate incident.

“He has been hailed for his contribution as part of a leadership collective that has stirred Mauritania football on a path to success.

“Our thoughts and prayers are with the Federation Mauritanian Football family under the leadership of Ahmed Yahya, the family of Mr Dieng and Mauritanians during this difficult and sad moment.

“Condolences to the Mauritania Football family and the people of Mauritania,” the statement concluded.