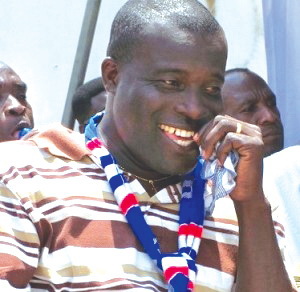 The Member of Parliament for Tema East, Daniel Nii Kwartei Titus-Glover, has implored the government to support the Tema Oil Refinery (TOR) to produce premix fuel on regular basis for fishermen in the country.
Presenting a statement on the challenges of fishermen on the floor of Parliament on Tuesday, Mr Titus-Glover said the inability of TOR to produce enough premix fuel for use by fishermen posed a major challenge to the fishing industry in the country.

He said because the refinery was not producing the fuel, the imported premix fuel could not meet the demands of the over 2,000 canoes in  Tema Manhean and those in other parts of the country.

He said the situation had made the commodity tough subsidised, scarce and expensive. He explained that even though there were only seven outlets that sold the commodity at the Tema Canoe Beach, the outlets did not have a regular supply to meet the demands of the fishermen at any given time.

Mr Titus-Glover said because of the insufficient and irregular supply of the premix fuel, the commodity was sold above the government-approved price of GH¢2.70 through the back door.

"The fishermen do not have any choice but to buy it at that high price. The fishermen are going through a lot of challenges and I appeal to the Ministry of Fisheries to speedily address their concerns."

He added that the problem was not peculiar to the Tema Manhean as other fishing communities were suffering similar a fate, adding that the shortage of the product had resulted in hoarding.

Mr Titus-Glover warned that if that practice was not checked, it could spark fire in houses where the commodity was being stored.