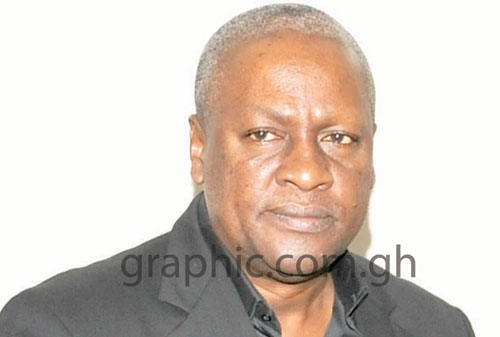 The John Institute of African Politics and Society has enjoined Ghanaians to stop what it calls “the politics of cynicism” if the nation is to enjoy the blessings that come with democracy, peace and development.

According to the institute, politics must be based on and inspired by honest, sincere disagreement, arguing that “ this country cannot afford the elevation of frivolity to the level of national discourse.”

In a statement signed by the spokesperson of the Institute, Mr Colin Essamuah, it said the people of Ghana were not interested in rancid and pointless criticism of all and any public policy, saying “ it is ourselves that we harm when we seek to trivialise and politicise each and every gesture or policy of our own government”.

The institute noted with alarm and deep concern the creeping politics of cynicism and pointless criticism of all public policies and positive gestures.


In the view of the institute, the current phenomenon of incessant noisemaking and rancid politicking was gradually and effectively narrowing the space for honest and sincere debate in which the public weal was considered the inspiration behind political speech and action.

According to it, there seems to be a determined effort by a noisy minority in the country that nothing is sacred anymore, that the only test of action in the public sphere is political acceptability, and acceptability defined in very narrow partisan terms.

It observed that rejectionism had become the ideology of some of us, and this is gradually driving the space for meaningful dialogue and agreement into an arena of shouting matches in which everybody is saying his piece at the same time, and none is heard, because none is deemed to be capable of offering leadership and guidance and accorded the courtesies attached thereto.

The John Institute stated that it had observed this worrying trend in two matters in the public domain — the filing of financial returns for the purposes of taxation by President, John Mahama and the political evaluation of huge sums of public money sunk into SADA projects.

The institute pointed out that the paying of taxes in every country in the world was an undeniable civic duty that normally should attract the highest praise when the most responsible leaders show by public example the value inherent in the citizen paying his taxes.

This is because, according to the institute, taxes are the principal source of public revenues everywhere, and the only means of financing national, regional and district projects, in addition to providing the salaries of public and civil servants, from the President to the lowliest public worker in the farthest corners of the country.

It said the payment of taxes was such an overwhelming public good that any person who by law was exempt could not and should not be faulted for seeking to do his bit for the development of the nation.

The argument that the President is exempt because he is paid from the same taxes is akin to debarring the Pope and other church leaders from contributing to the offertory in their churches.

It is even more sickening when otherwise clear-headed and articulate political figures call for the impeachment of the President because he had decided to fulfil an obligation that all citizens must fulfil, the institute lamented.

The John Institute considers this level of cynicism in our political discourse as destructive of the social contract that binds all of us together in a common destiny.

The condemnation of the President in offering a praiseworthy example is intended not only to devalue the gesture, but to call into question the sense of public-spiritedness and patriotism of the opponents of this gesture.

The other public issue that has suffered this variant of the politics of rejection is the publicised figures of the investments in the guinea fowl and tree planting project by the Savannah Accelerated Development Authority SADA.

The John Institute finds it absolutely mind-boggling that a mere investment in a public private partnership, yet to bear fruit, had provoked some of us into making fiery and unhelpful statements to national discourse.

How is it possible to criticise an investment yet to bear fruit, and threaten taking those involved in the project to court when the project completion time is yet to be reached? the institute asked.

It noted with sadness that the forebears of those criticising this project to lift our Northern compatriots out of poverty conducted a savage and negative criticism of the investments made before and during the construction of the Akosombo Dam in the 1960s, and other no less worthwhile public projects, whose benefits were undeniable today.

Rejectionism will take its noisy proponents nowhere because it is ultimately devoid of lofty goals and bereft of principle, the Institute concluded.