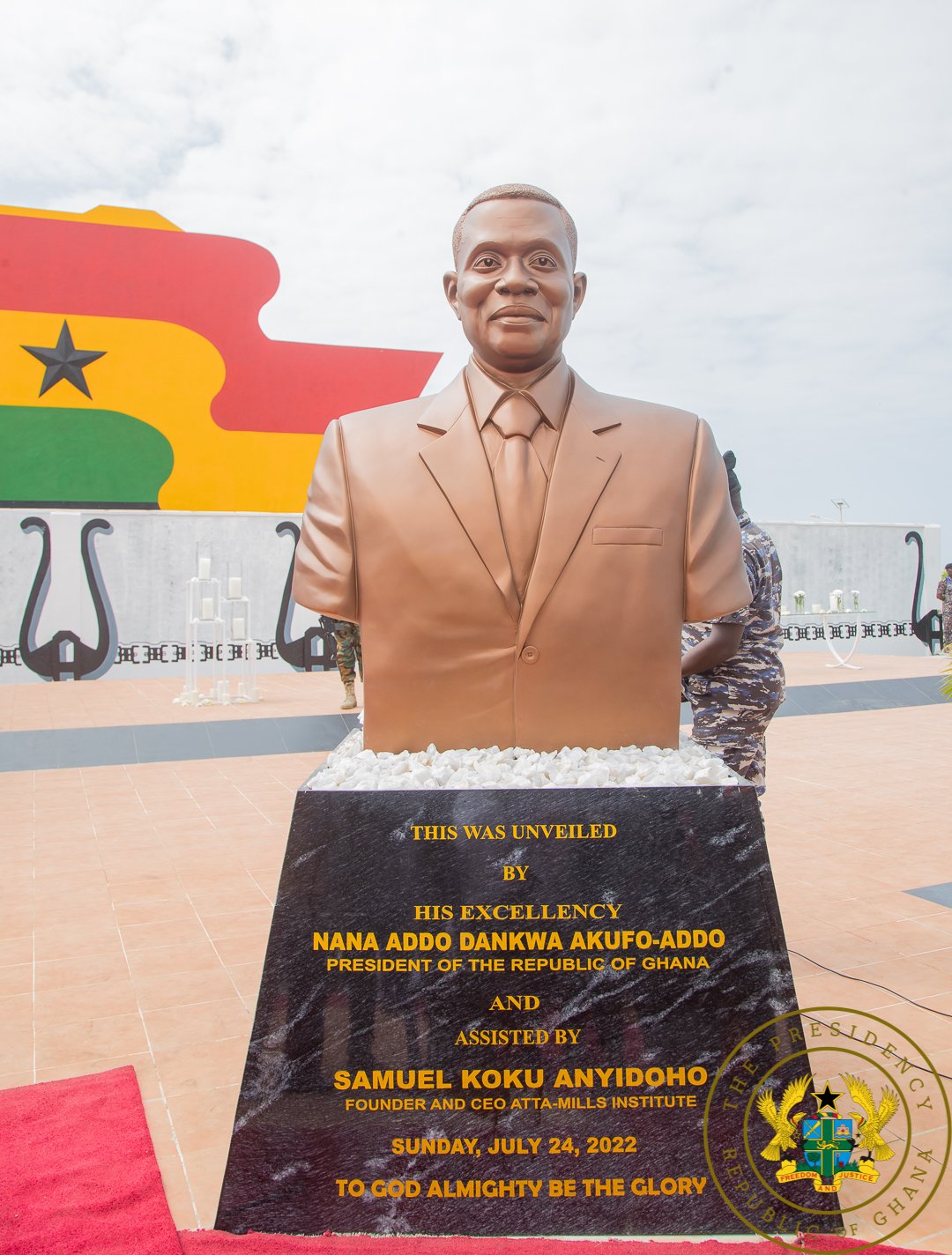 The Minority in Parliament has expressed displeasure over the omission of the name of the late President John Evans Atta-Mills on the plaque placed beneath his bust at the Asomdwee Park.

The bust was unveiled on Sunday (July 24, 2022) by President Nana Addo-Dankwa Akufo-Addo, to commemorate the 10th anniversary of the passing of the late President.

At a press conference in Parliament Monday morning, the Minority called for immediate steps to be taken to correct it.

The Minority Leader, Haruna Iddrisu described the omission of the name on the bust in his memory as unfortunate.

He said the name should be on the plaque on the bust to inform visitors to the park whose bust has been erected instead of the name of President Nana Addo Dankwa Akufo-Addo and the founder of the Atta-Mills Institute, Koku Anyidoho as those who unveiled the plaque.

He said those who visited the park immediately the bust was unveiled realised that the plaque did not have his date of birth and when he passed on as part of the inscription and the Minority find that as unacceptable.

"We are demanding from the President, Nana Addo-Dankwa Akufo-Addo and his associates such as Koku Anyidoho to do what is right and appropriate and to remind them that the office of the former President is an institutional office and it goes beyond the persona John Evans Atta-Mills", he stated.