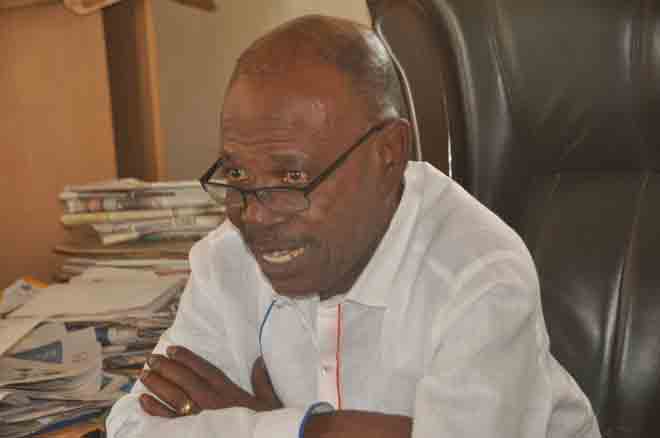 He confirmed his decision in an interview with the Daily Graphic in Kumasi last Monday.

According to Dr Ayisi-Boateng, who had concurrent accreditation to the Republics of Mauritius and Seychelles, and the Kingdoms of Eswatini and Lesotho, details of his move would be made known in due course.

The message carried on the flyers read: "George Ayisi-Boateng for National Chairman" #OnipaNua2022.

When asked whether the flyers were real, he answered, "By His Grace."

A political colossus in the Ashanti Region, Dr Ayisi- Boateng, 76, is nicknamed "Onipa Nua" in Kumasi where he had lived and worked for many years.

He is a founder member of the NPP in the Ashanti Region.

Last year, the former envoy wrote his name in the history books when at age 75, he graduated with a Doctor of Philosophy (PhD) in Political Economy from the University of Witwatersrand, South Africa.

His topic for the PhD studies was “Political Regimes and Ghana's Economic Development in the Fourth Republic.”

During his work as High Commissioner of Ghana to South Africa, he played various roles to attract automobile companies such as VW and Nissan to set up assembly plants in Ghana.
VW has already started assembling vehicles in Ghana.

The NPP is set to go the polls this year to elect polling station, electoral area co-ordinators, constituency, regional and national executive members.

The National Executive Committee of the party is yet to come up with the timetable for the election, which would also culminate in the election of the party’s flag bearer for the 2024 presidential election.