Balloting Blues: How parties made meal out of positions 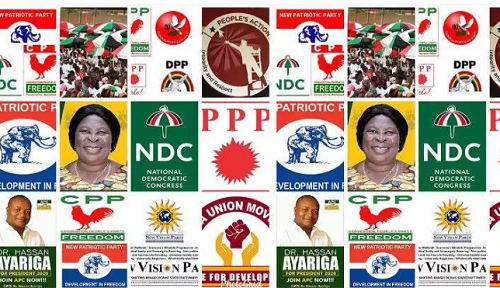 Never in the history of the Fourth Republic has balloting for positions on the ballot paper ahead of a presidential election generated this much controversy.

The Daily Graphic has observed that supporters of almost all the 12 presidential candidates who made it onto the ballot paper, have since last Tuesday been making claims and speculations that the positions of their candidates on the ballot had a special connotation as to how they will perform at the polls.

The interpretations started pouring on the various social media platforms just moments after the Electoral Commission concluded the balloting for the 2020 polls scheduled for December 7.

The song resonates with the Number 1 position secured by the Presidential Candidate of the New Patriotic Party (NPP), President Nana Addo Dankwa Akufo-Addo, on the 2020 ballot paper.

"Number 1 on the ballot. Let’s maintain the first position on  December 7, 2020 to do more for Ghanaians," President Akufo-Addo wrote on his official Facebook page.

Meanwhile, supporters of the NDC are out with art works having the two fingers (two sure) sign, describing the number two position of their flag bearer on the ballot paper to signify the second coming of former President John Mahama.

The Deputy General Secretary of the NDC, Mr Peter Boamah Otorkunor, said the Number 2 position secured by the former President Mahama was a true reflection of a rescue mission.

"This is the second coming of John Mahama and that is what the number two stands for. It’s about the second coming for a rescue mission," he said and added that, "let nobody make a mistake because this election would be won by the NDC".

Madam Akua Donkor of the Ghana Freedom Party (GFP) who picked the Number 5 position after the balloting said the position was divine which meant that she would win the election. " When we did it for the first time, I chose number one and when we did it again, I got number five so it means I will win the election and bring free port for all Ghanaians," she said in the local Twi language.

"Our position is rather great because if you put the NPP’s Number 1 spot and the Number 2 of the NDC together, you will get 12 and that is the winning position," he said.

Looking at some satirical comments, a social commentator said Ghanaians knew how to find what they wanted so “ if their preferred candidate is even at the back of the ballot paper, they will find him or her and vote”. #GhanaVotes2020