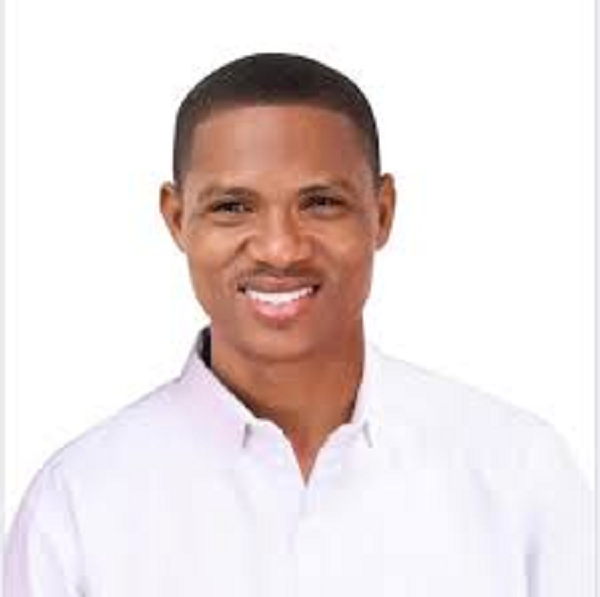 Two National Democratic Congress (NDC) Members of Parliament (MPs) have proposed a private members’ bill to amend the Legal Professions Act, 1960, Act 32, to exclude the Chief Justice and other Justices of the Supreme Court from the General Legal Council.

The bill is expected to help redefine the functions of the GLC and to provide for reforms in legal education to allow accredited faculties of law with the requisite facilities to be licensed to run professional law courses, as well as provide for discipline of lawyers and related matters to give effect to Article 37(1) of the 1992 Constitution.

To that effect, the MPs - Mr Rockson-Nelson Dafeamekpor of South Dayi and Mr Francis-Xavier Sosu of Madina — have submitted a memorandum to the Clerk of Parliament, Mr Cyril Kwabena Nsiah, to request the Legislative Drafting Office to draft the “Draft Legal Professions (Amendment) Bill, 2021” for submission to the Speaker of Parliament.

In a letter dated October 26, 2021, the two MPs said: “Sir, we write to request the Legislative Drafting Office to draft for subsequent submission to the Speaker, a bill to amend the Legal Professions Act, 1960, Act 32, to exclude the Chief Justice as well as other Justices of the Supreme Court from the General Legal Council (GLC)”.

The memorandum said Section 1 of Act 32 provided for the establishment of the GLC and put the council in charge of organisation of legal education and upholding of professional conducts.

For each of those functions, it said there had been serious challenges with procedures and substantive matters of law which eventually had to end up in court.

“These courts and judges are directly answerable to the Chief Justice in his administrative role. The same Chief Justice deals with matters of discipline of judges and with issues of promotions, transfers among many others.

“Where there is a matter in respect of legal education or lawyer’s discipline which the Chief Justice has a direct interest in, it becomes repugnant to good consciences and rules of natural justice and fairness to challenge such matters in the regular courts,” it said.

It, therefore, said the inclusion of the Chief Justice and Justices of the superior courts on the GLC was against constitutional presumptions of fairness, natural justices and administrative justice enshrined in Article 23 of the 1992 Constitution.

“It is based on the above that it has become necessary to amend various sections in Act 32 to remove the Chief Justice and other Justices of the Supreme Court from the GLC.

“This will be in line with the principles of transparency and accountability and effective separation of powers as guaranteed by the 1992 Constitution of the Republic,” it said.

The memorandum added: “This Bill therefore seeks to ensure that all forms of the likelihood of bias are eliminated by the removal of the judiciary from the membership of the General Legal Council”.

The memorandum also said following recent reports of mass failure in the Ghana School of Law entrance examination and related outcry from the general public, which had persisted in the past, it was important to review the policy direction behind the running of the law school by the GLC.

“The 28 per cent pass in this year’s admissions into the Ghana School of Law represents a systemic problem that must be of concern to all democracy watchers,” it said.

The memorandum said the argument of the law school and the GLC had been that there was lack of adequate space to admit all the students who applied, and hence the need to increase the marking scheme to fail as much as the school could just so to reduce the number of students who would actually make it.

“This year’s experience where about 499 students made the 50 per cent mark but could not gain access to the law school gives the more reasons why we must take a second look at how legal education is organised in Ghana,”

It noted that at the height of dealing with the issue, the Legal Profession (Professional and Post-Call Law Course) Regulation, 2018 (L.I 2355) was passed to remove issues of interviews after the entrance exams.

However, it said the said law never cured the defects of lack of space to increase intake of qualified LLB holders seeking opportunity to read the professional Law Course.

“L.I 2355 must therefore be repealed and replaced with an L.I that will take into consideration new provisions in the proposed amendment to create a competitive market for running Law School Professional Courses with the GLC as regulator that ensures quality through the Board of Legal Education.

“Given this background, it is important to introduce an amendment to the mother Act to remove the monopoly of running professional law courses from the General Legal Council and to provide rules and regulations for allowing other faculties and individual institutions with the requisite facilities and faculty to run the professional law courses,” it said.

GLC as a regulator

The memo said the GLC, which would be reconstituted under the new law, would serve as a regulator.

That, it said, would help young Ghanaians seeking opportunities for legal education to do so in line with Article 37(1) of the 1992 Constitution.