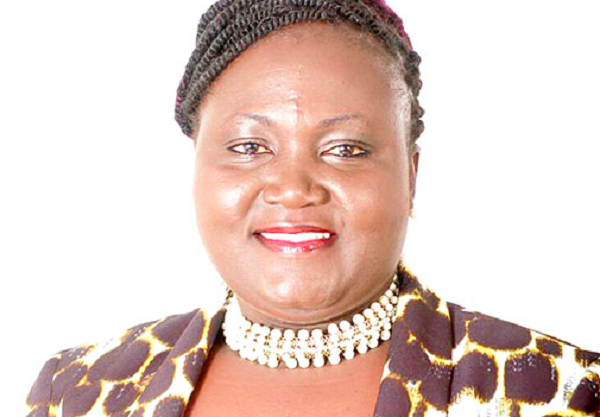 At a time when women’s participation in public life is low and most women shy away from decision-making positions. One woman who is bracing the storm is Mrs Evelyn Ampomah-Nkansah, who is aspiring to be the Ghana National Association of Teachers (GNAT) Greater Accra Regional Chairperson.

Contesting against two men, she brings to the table a vast experience in the area of leadership.

Currently, the headmistress of St. Maurice R/C A&B JHS, La, Mrs Ampomah-Nkansah, in an interview, said she had a track record of strengthening the ties between the association and national and international bodies, getting sponsorship packages, leadership training and networking members with governmental and non- governmental organisations(NGO) for partnerships.

The Greater Accra GNAT will from August 22 to 23 organise a regional conference during which the election of officers will take place at the GNAT regional secretariat in Accra.

The theme for the conference is: “60 years of Ghana's education system; Educating for Certification or Educating for self-sustaining Life Transformation”.
According to Mrs Amponsah-Nkansah, “I am coming as an aspirant at a time when the association needs a fierce and proactive advocate for gender equality and the rights and well-being of all members more than ever”.

A past GNATLAS Local 4H Coordinator, Mrs Amponsah-Nkansah’s main campaign message is “I pledge to make the well-being and interest of members a focus of my tenure”.
The region has had only one woman, Mrs Mary Amankwaa, as the Regional Chairperson and according to Mrs Amponsah-Nkansah, “her achievements were unbeatable. It was during her time that the hostels at the regional secretariat were completed. It was also during her time that the region acquired a generator for power supply at the secretariat”.

If elected, she pledges to constantly prioritise GNAT as a powerful agent of change and drivers of quality education.

Equally important, Mrs Amponsah-Nkansah, who is presently a Chairperson of GNAT local and a former National Union of Ghana Student (NUGS) Women’s Commissioner, said: “I will strengthen GNAT's balance and engagement with other teacher unions in the region and civil society not just because it is the right thing to do; but the sound thing to do,” she added.

She conceded that the role of the Greater Accra Regional Chairperson would not be easy particularly as more would be expected of her as a woman, but said: “I am confident that with courage, conviction and the support of all, I will make members proud”.

She added that “women and girls carry more than babies or water. They carry businesses. They carry potential and when we invest in them, it creates a positive ripple effect that lifts up entire countries”.