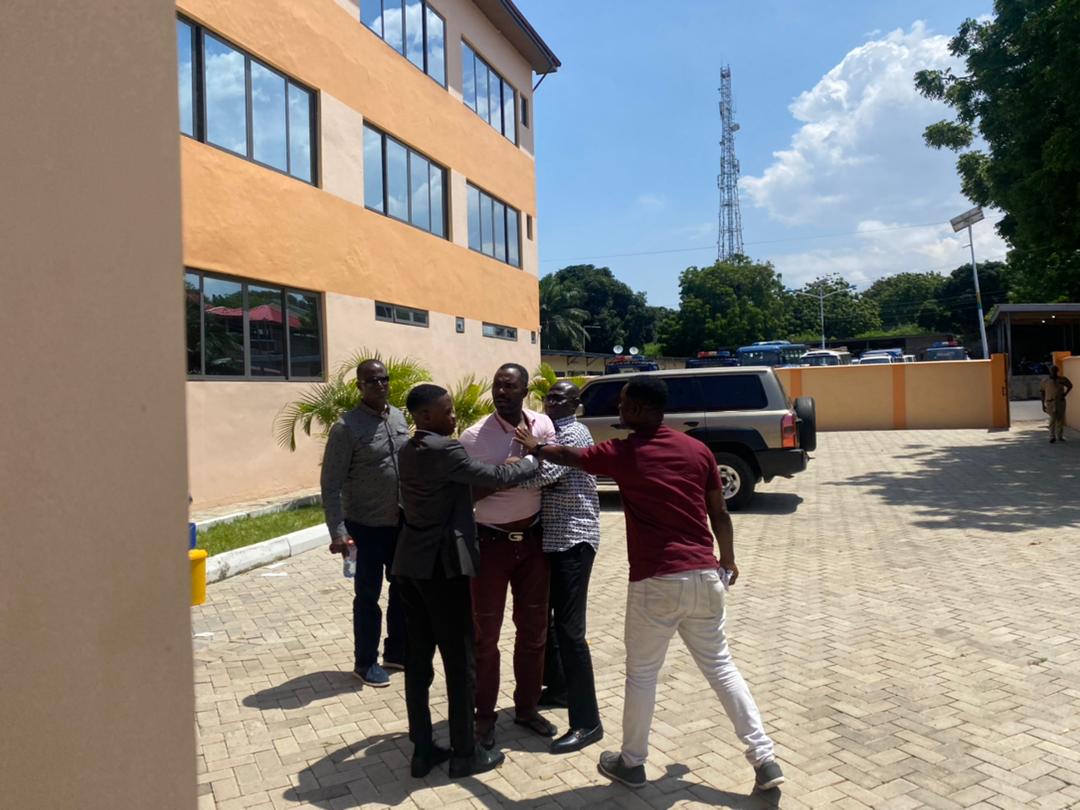 There was drama at the District Court in Accra (Domestic Violence and Victims Support Unit) hearing the case involving a 47-year-old businessman, who allegedly attempted to use his daughter for rituals to get rich.

After the proceedings Monday (June 20), the suspect, Evans Oppong Kyekyeku, pounced on journalists who were taking videos outside the courtroom.

“Why are you taking pictures of me, are you …?,” the accused said amid rants and insults on journalists.

The timely intervention of the prosecutor and some police officers, prevented the suspect who was in handcuffs, from physically attacking a court reporter from EIB network, Murtala Inusah.

One of Oppong’s sympathisers also fumed, “You can’t do this in Germany.”

Meanwhile, at Monday’s proceedings, the court presided over by Ama Adomako Kwakye declined to admit the suspect to bail.

The accused, who has been provisionally charged with preparation to commit crime to wit murder, was remanded to re-appear on July 4, 2022.

According to the court, it does not have jurisdiction to grant bail to the accused person.