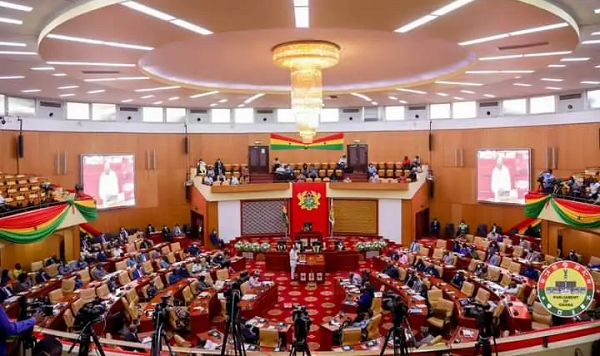 A lawyer, Justice Abdulai, has filed a review urging the Supreme Court to set aside its judgment that gave Deputy Speakers presiding over proceedings in Parliament the right to vote and be part of the quorum for decision making in the House.

Mr Abdulai, who was the plaintiff in the suit, is of the view that the court committed certain errors of law in its March 9, 2022 decision which “led to a grave miscarriage of justice on the people of the Republic of Ghana.”

In a unanimous decision on March 9, 2022, a seven-member panel of the apex court held that a Deputy Speaker of Parliament presiding over proceedings in the House has the right to vote on matters for determination, and also be counted as part of the quorum for decision-making.

Consequently, it ruled as valid the passage of the 2022 budget by Parliament on November 30, 2021 during which the First Deputy Speaker, Mr Joseph Osei-Owusu, who was presiding, counted himself as part of the quorum that made that decision.

It was the considered view of the court that Deputy Speakers were Members of Parliament (MPs) elected as representatives of constituencies, and, therefore, causing them to lose their casting vote would amount to disenfranchising their constituents in Parliament.

It held that whereas Article 102 prevented any person presiding, either Speaker or Deputy Speaker, from being part of the quorum for business of the House, Article 104(1) prevented only the person elected as Speaker and not the Deputies from forming part of that quorum.

In his review application, Mr Abdulai is of the contention that the court failed to fully take into consideration Articles 295(2) and 297 (h) of the 1992 Constitution in its judgment.

Article 295 (2) stipulates that any reference to an office holder, “shall, unless the context otherwise requires” include anybody acting or “performing the function of that office”, while Article 297(h) provides that powers allowing a public officer to do something or in relation to him also apply to “ his successors in office and all his deputies or other assistants.”

Based on the above constitutional provisions, the applicant is of the view that since the Speaker is barred from voting and being part of the quorum, his Deputies are also disqualified from doing same.

Mr Abdulai also argues that the court failed to fully appreciate the saving clause “except as otherwise provided in this constitution” in Article 104 (1) of the 1992 Constitution, the provision which the court interpreted to mean Deputy Speakers presiding over proceedings can vote and be part of the quorum for decision.

It is his contention that the court should have applied the saving clause in Article 104(1) to Article 102 of the 1992 Constitution and concluded that Deputy Speakers when presiding cannot be part of the quorum for decision making.

Again, he contends that the 1992 Constitution did not expressly make provision for a Deputy Speaker to vote or be part of a quorum when presiding over proceedings in Parliament.

In view of that he is arguing that it was wrong for the court to have struck out Order 109 (3) of the Standing Orders of Parliament as unconstitutional, when Article 298 of the 1992 constitution stipulates that Parliament can, without breaching the constitution, make laws to fill gaps in the constitution.