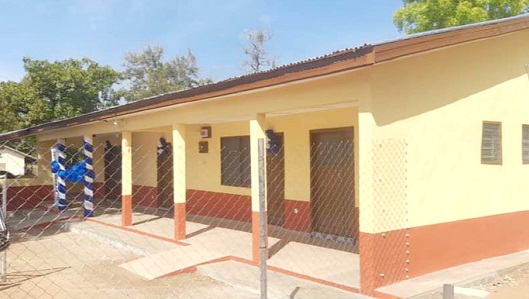 Kosmos Energy Ghana, a leading deep-water exploration and production company, has renovated, equipped and upgraded the infirmary of the Savelugu School for the Deaf.

The school’s infirmary, which was not in good shape to take care of the students, has been upgraded to the standard of a school clinic.

The new facility has a sitting area, a ward with beds and an air-conditioned studio to serve as an assessment centre for the students. It and has also been fitted with a toilet and bath, as well as furniture.

Aside from the structure, the clinic has also been stocked with medical supplies for use by the students, teaching and non-teaching staff of the school, who hitherto had to travel several kilometres to access health care in cases of emergency.

The Savelugu School for the Deaf was established on March 8, 1978, with 12 pupils - eight boys and four girls. However, the school, over the years, has seen an increase in enrolment, bringing the current student population to 346, made up of 196 males and 150 females, with 45 teaching and non-teaching staff members. 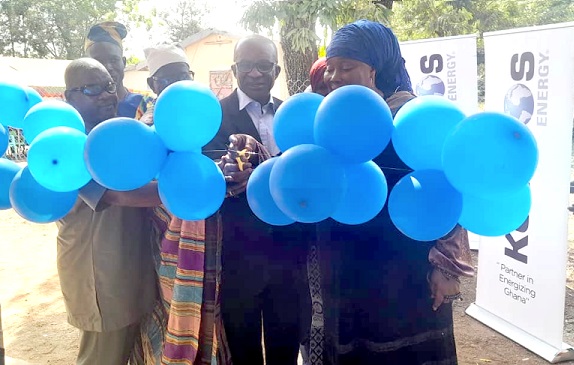 At the handing over ceremony, the Director of New Ventures at Kosmos Energy Ghana, Appia Kyei, said it was the firm belief of Kosmos Energy that the new facility would serve as a modern clinic to make it easier for the school to provide safe isolation and treatment facilities to mitigate the spread of any communicable diseases that might affect pupils.

“The school’s health services are vital to provide first aid and triage for illness and injuries, to provide direct services for pupils with special needs and to provide health counselling and education for pupils, staff and parents,” he stated.

He said as a responsible corporate citizen, Kosmos Energy Ghana decided to help elevate the standard of living of some special needs schools in the country, as part of its continuous social investment programme.

The decision to pay attention to the special schools was also in response to the lingering impact of COVID-19 and external factors that had an unduly negative impact on the most vulnerable members of our society.

Following an extensive assessment of humanitarian needs across the country by Kosmos Energy Ghana, he said they found that the existing shelter at the school, which was used as an infirmary, was not the best; hence, the decision to renovate it to the standard of a school clinic and stocked with some medical supplies.

For her part, the Assistant Head Teacher of the school, Fauzia Guonah, said as the school grew, the awareness to give special attention to children who have special needs also increased.

The school, she said, admitted children from kindergarten to junior high school (JHS), with ages between four and 18 years, with children coming from all parts of the Northern Region and beyond.

She said the school clinic had come at a time when the school needed it most, saying, “in the absence of the school clinic, the management of the school has been faced with an uphill task of using its meagre resources to transport pupils to and from the Savelugu Hospital, which is more than two kilometres away.

“When a pupil is taken ill, the whole day has to be spent at the hospital, since the children have a challenge communicating what is wrong with them to the hospital team. We have to be present to interpret the sign language since nurses cannot communicate in sign language.”

She said with the school getting its own clinic with support from Kosmos Energy, nurses that would be posted to the facility would be given lessons in sign language.

“We will give them the opportunity to learn sign language to enable them to communicate directly with their patients instead of through interpreters.

“Aside from the clinic which we now have, one other top priority of the school is the boys’ dormitory, which also needs urgent attention and we wish other companies would also take it up,” she said.

She explained that due to the current state of the boys’ dormitory without functioning washrooms, students and pupils were compelled to bathe outside at the mercy of the weather.

The Municipal Chief Executive (MCE) for Savelugu, Ayishetu Seidu, commended Kosmos Energy for the intervention, saying it would go a long way to improve teaching and learning in the school.

She, however, appealed for more support for the school, which was bedevilled with numerous challenges.

Kosmos Energy is a leading deep-water exploration and production company focused on meeting the world’s growing demand for energy.

The company’s assets include oil production and exploration in proven basins offshore Ghana, Equatorial Guinea and the US Gulf of Mexico, as well as a world-class gas development offshore Mauritania and Senegal.