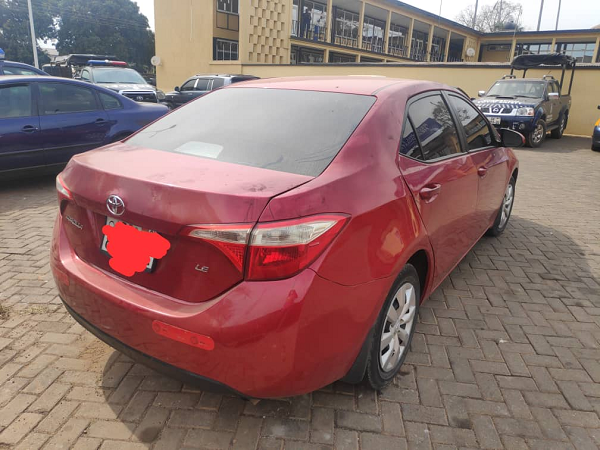 The police in Kumasi on Sunday, January 16, 2022 managed to retrieve a car that was snatched from its owner with a baby on board at Santasi in Kumasi.

The suspected car snatchers abandoned the car and fled into the bush at Dakwadwom when they were given a hot chase by the police.

According to the police, they had information that two gunmen had snatched a car from its owner at Good Hope Chapel at Santasi and quickly alerted all the mobile patrol teams within the metropolis to be on the look out.

Assistant Superintendent of Police, Mr Godwin Ahianyo, the Ashanti Regional Police Public Relations Officer, told the media that the suspects who were given a hot chase by the police and sensing danger, abandoned the vehicle and fled into the bush.

He said the vehicle has since been driven to the Ashanti Regional Police Headquarters and the baby reunited with the mother.

He said the patrol vehicles were still in pursuit of the suspects and all other operational units have been put on high alert.

He reassured the public of the police readiness to continue to keep the metropolis and the whole region safe.

“The command would also like to appeal to the general public to give any credible information that will lead to the arrest of the suspected criminals,” he said.