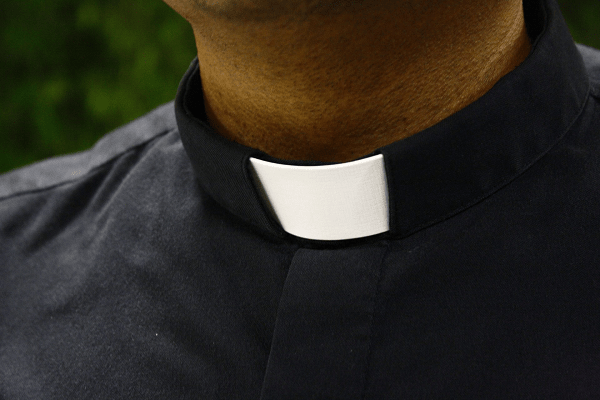 The eagerness to get medical solutions easier and faster is driving several individuals away from seeking medical attention at healthcare centres.

Thus, instead of going to the hospital upon falling sick, they prefer to go to people and places such as pastors, traditional healers, prophets, seers, mallams and prayer camps among others, with the expectation of getting total healing at any cost.

For many people, the orthodox medicines alone are not enough; they must be supplemented with anointing oils, herbal medicines and other possible solutions.

Abigail Okailey, cousin of a deceased, told The Mirror in an interview that “my late cousin went to the hospital and was diagnosed with a kidney disease, for which she needed to undergo surgery. Due to fear, her mum took her to a pastor who requested she stuck to his prayer directions.

“My auntie eventually stopped my cousin from going to the hospital and instead took her to the pastor every day for healing. My cousin claimed she felt better after she drank the pastor’s holy water,” she said.

Abigail said her cousin collapsed after three months and was rushed to the hospital. After another diagnosis, the doctor told her the condition was becoming worse and might lead to her death, but the mother insisted the pastor could heal her if she continued drinking the water.

“So she took the medication from the hospital and after sometime, she went back to the pastor. After two months, her tummy became very big and they thought it was pregnancy since she had been trying to get pregnant.

“She ignored her protruding tummy and continued the holy water direction. All this while, she was paying the pastor for his services. Her lips and palms became dark, the colour of her eyes changed and she became slimmer,” Abigail recounted.

After a while, the said cousin could hardly breathe well so she decided to stop taking the holy water and requested to be taken to the hospital. “Unfortunately, she died upon arrival at the hospital,” Abigail said.

Sandra Kornu, a 22-year-old who shared her thoughts on medical treatment with The Mirror, said: “My aunt tricked me to a church (name withheld) for healing after several attempts to get healed completely at the hospital. Sadly, no hospital could tell exactly what was wrong with me though I was falling ill often.

“We had a Bible discussion at the church, after which the pastor put us into a circle and began to pray for people. I noticed that all the revelations he was giving was directed to only the first-timers, which were two others and myself,” she recalled.

According to her, after prophesying to the other ladies, the pastor went to her and asked if she had been having menstrual cramps. She reluctantly said yes, hoping the said revelation would amount to something but it didn’t. Nothing came out of that encounter after prayers by the pastor.

A pastor of the Assemblies of God Church, Pastor Enoch Adams Gyamerah, in an interview with The Mirror said the misappropriation of the gospel and the kind of adverts in the media were what had led many people to seek medical attention at places other than the health centres.

“God has ordained every medical person with wisdom to administer medication to patients. It is, therefore, wrong for people to seek medical attention from places other than the health centres built to provide health care,” he stated.

According to him, this situation is so partly because some pastors make it seem like everything depends on them and that they are the last stop for every condition.

“It is time people put on their thinking caps and did what is expected of them at every point in time,” he advised.

A clinical psychologist at the Trust Hospital, Mr Julius Mawuli Ziorklui, said many people resorted to religious leaders for medical attention due to the lack of education from doctors and ignorance of some patients.

He explained that orthodox medications sometimes did not work at the pace and way patients wanted, and so for instance, “if someone is diagnosed with hypertension and you give the person a monthly supply of medicine without saying anything, the patient will not know he has to be on the medication for life. As a result, this patient is likely to resort to other options thinking that the orthodox medicine does not work”.

He, therefore, encouraged doctors and healthcare providers to give adequate education to their patients on their health conditions, adding that “education is crucial in health care. Educating patients on their condition, the treatment and their role is very important”.