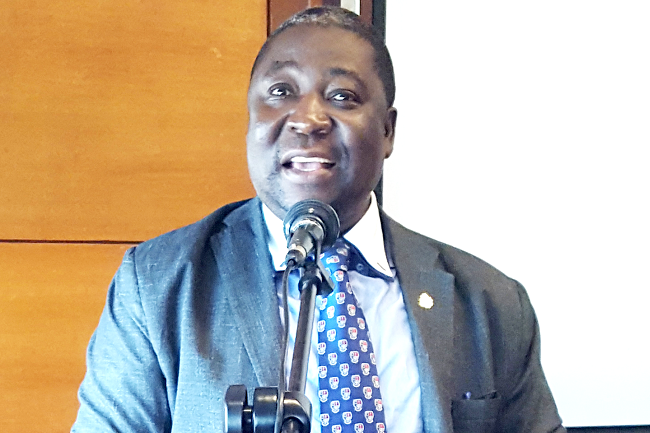 The Japan International Cooperation Agency (JICA) has supported the Noguchi Memorial Institute for Medical Research (NMIMR) with $25 million to undertake a project aimed at strengthening the surveillance system in Ghana.

The project, dubbed: “Surveillance and laboratory support for emerging pathogens of public health importance in Ghana”, is expected to deepen the understanding of the defence mechanism of infectious diseases such as cholera and immune response to HIV.

It will be implemented through collaborative research institutions in Japan and Ghana.

The project, which falls under the Science and Technology Research Partnership for Sustainable Development (SATREPS) initiative, is also expected to benefit the counter measures for pathogens of public health importance in Ghana and West Africa in future.

The SATREPS initiative is a project in commemoration of the birthday of Dr Hideyo Noguchi, a Japanese medical scientist.

The NMIMR was named after Dr Noguchi, who died in Accra in 1928 while researching into yellow fever in Ghana.

Thus it is in his memory that the  government of Japan supported the institute.

Speaking at the launch of the project in Accra, the Director of the Public Health Division of the Ghana Health Service (GHS), Dr Badu Sarkodie, said the Ministry of Health considered surveillance as key to the health of the Ghanaian populace, since it alerted health workers to possible disease outbreaks.

It was for that reason that the ministry, in partnership with Japan and the University of Ghana, was undertaking the project to strengthen the surveillance systems in Ghana by putting in resilient health systems to detect early outbreaks and response to them, he said.

The pilot project, he said, would begin in the Ga West municipality, specifically Amasaman, to help identify and characterise what caused public health emergencies in the country.

He expressed gratitude to JICA for its support and expressed the hope that the governments of Ghana and Japan would strengthen their relations to promote further collaboration for mutual benefits.

The Chief Representative of JICA, Mr Koji Makino, stated that the relationship between the NMIMR and JICA went back to 1969 when the Japanese expert, Dr Kenji Honda, and his team members were dispatched to the University of Ghana.

He indicated that their vision and dedicated efforts led to the establishment of the institute in honour of Dr Noguchi in 1979. Since then, JICA had been cooperating with the institute in various fields and programmes, such as technical cooperation and grant aid assistance.

He said JICA also provided grant aid assistance towards the construction of an advanced research centre with state-of-the-art facilities, adding that the SATREPS project would use the facility after completion.

Mr Makino congratulated the institute on its remarkable achievements and contribution towards the improvement of health conditions not only in Ghana but also the West African sub-region.