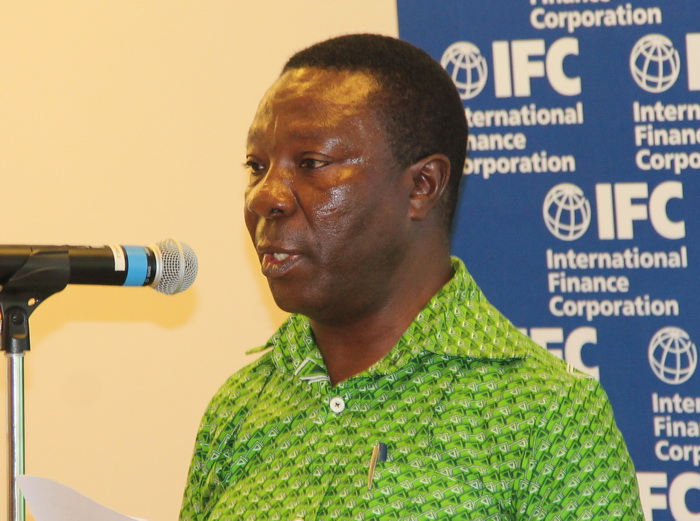 The Ghana Standards Authority (GSA) is developing a National Building Code aimed at ensuring adequate protection, public health and safety in the building and construction industry.

The code, which will cover new buildings or those undergoing renovations, will also set standards on the quality and durability of construction materials.

It will ensure uniformity in the construction industry by providing building professionals, developers and investors with common standards for public health, safety, fire protection, structural efficiency and environmental integrity.

As part of the process to begin the drafting of the code, a workshop was held for stakeholders in Accra on Friday.

A 20-member committee to draft the code was also unveiled at the meeting.

The initiative is supported by the International Finance Corporation (IFC) of the World Bank and funded by the Swiss Government.

At the meeting, the Director-General of the GSA, Prof. Alex Dodoo, said the new code, which would be benchmarked against the Green Construction Code and the International Building Code, would serve as a reference standard for designers, regulators, safety instructors and other stakeholders in the building and safety industry.

The director-general said the guidelines would be applied by manufacturers of building products and materials, facility managers, insurance companies, tenants and others.

“The code must protect the public from fire outbreak, structural collapse and general deterioration in our homes, offices, schools, manufacturing facilities, stores and places of entertainment,”  he stated.

Prof. Dodoo noted that although some efforts had been made in the past to develop a code, they were all not concluded for implementation, adding that the current effort would bring finality to the guidelines.

“The building and construction industry constitutes vital sectors that need to be regulated well to ensure the health and safety of all Ghanaians,” he said.

In his address, the Deputy Minister of Works and Housing,  Mr Eugene Boakye Antwi, indicated that the initiative formed part of the government’s efforts to undertake a number of policy reforms and projects to ensure sustainable development of the construction industry.

“There is an urgent need to use policy to develop the entire construction value chain as a strategy for providing quality works, so that issues of uncontrolled development and flouting of planning laws and building regulations will be a thing of the past”, he stated.

A Green Building Specialist with the IFC, Mr Autif Sayyed, recommended that a simple, easy-to-comply and cost-effective code be developed.

He further added that a localised code based on the local weather, materials, technology and construction practices be considered in the drafting of the code.