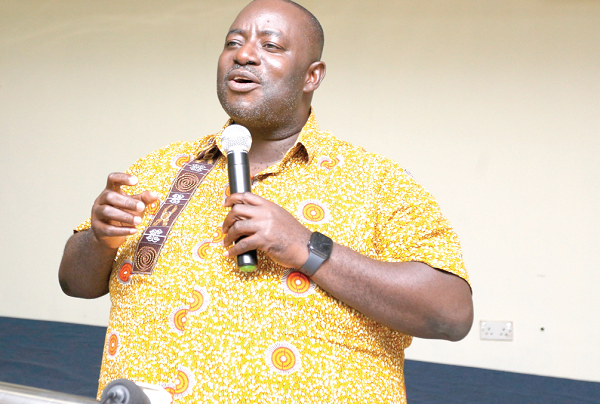 The National Labour Commission (NLC) has requested the appointment of permanent commissioners to enable it to adjudicate the many labour issues before it.

According to the NLC, its current commissioners were all working on part-time basis which it said had led to a backlog of cases at the commission.

Speaking in an interview with the Daily Graphic on the sidelines of a training programme organised by the Ghana Employers Association, the Executive Secretary of the NLC, Mr Ofosu Asamoah, said it was time to engage permanent commissioners who would sit on cases on a day-to-day basis to facilitate the speedy resolution of cases.

“These part-time commissioners sit once a week and we receive between 80 and 120 cases in a month so how many cases will they be able to do in a day?

“It is time we have permanent commissioners who will sit at least four times a week to be able to deal with the numerous issues before us,” he said.

“Where parties agree to go for mediation after failing to settle their issues through negotiation, there must be an engagement of a third party mediator, either by the commission or by themselves”.

“But these mediators and arbitrators are not staff of the commission and are, therefore, paid allowances or fees when they help in adjudicating, mediating or arbitrating on matters referred to them,” he further explained.

The charges are based on the government consultancy rates as approved by the Ministry of Finance.

Mr Asamoah, however, said it was time the government looked at absorbing those fees and charges.

He also mentioned the lack of adequate office space and said his outfit had expressed those challenges to the government and the tripartite committee as well.

“Unfortunately, it is only the government which is responding. So we appeal to the other members of the tripartite who are organised labour and employers to also try and support the commission in the performance and discharge of its duties.

The executive secretary said the commission had established offices in all the 16 regions in the country.

“People had to travel from all the other 15 regions to Accra but we have now been able to open offices. There are labour-related matters even in the remotest parts of the country, hence the need to be everywhere to solve problems as and when they arise,” he added.