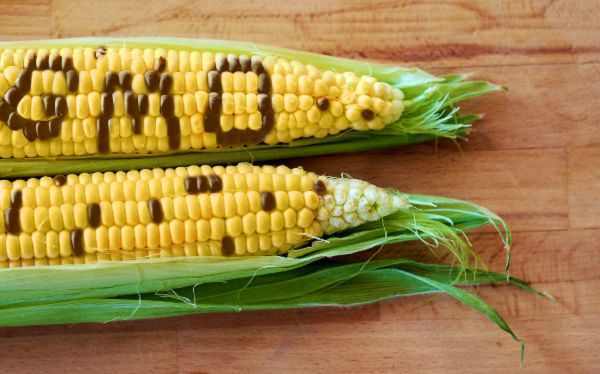 The government has rejected calls by some stakeholders in the agriculture sector to completely ban the production of Genetically Modified Organisms (GMOs) in the country, citing food insecurity as the cause for the position.

It argued that even though agroecology was a very good method for agriculture production, which it had not lost sight of, Ghana risked encountering serious food security challenges immediately if the nation insisted on going solely by the method.

“So we have to be careful. These are ideas that we can pursue along some tangent but [for] the totality of our population, they need food and these other fast methods will also have to be used to be able to make us food secure. If we are not food secure, there can even be a war; there will not be peace in this country and at the end of the day we won’t even have time to think about agroecology or concentration on our environment.

“I must be frank with you that we cannot simply say we are adopting only this method. We will put them together and those who want to make their choice will make their choice,” a Deputy Minister for Agriculture, Mr Sagre Bambangi, stated.

The Walewale Member of Parliament (MP) said this in response to a question by a participant at the Agriculture Manifesto Forum organised by the Peasant Farmers Association of Ghana (PFAG) in partnership with OXFAM in Ghana, SEND Ghana, Africa Centre for Energy Policy (ACEP) and International Budget Partnership (IBP), in Accra last Tuesday.

The forum discussed the strategies in the 2020 manifestos of both the New Patriotic Party (NPP) and the National Democratic Congress (NDC) to address challenges in the agriculture value chain.

It was also characterised by a debate on the agriculture sector between the two parties moderated by Citi FM’s Umaru Sanda Amadu. While Mr Bambangi represented the NPP, the NDC spokesperson on agriculture, Mr Harry Yamson, spoke on behalf of his party.

The participant wanted to know the government’s position on GMOs and what it was doing to stop it given the numerous protests by a good number of stakeholder groups and individuals against the organisms over health concerns and its “negative impact” on the Ghanaian agriculture sector.

Making the government’s intention clear on the matter, the deputy minister averred that although there were projects supporting organic food production, the request for a ban on GMOs was dangerous for Ghana.

“There are people who think they should only eat food that is produced through the use of organic materials to fertilise them; some people can afford to do that [but] there are some people who if you want to restrict them, they will even starve and die before the kind of sickness you are thinking will come in the long term will come; they will die. Some children will suffer from malnutrition and they won’t even grow beyond five years,” he added.

One District, One Warehouse

Touching on the government’s flagship programme to tackle the persistent challenge of post-harvest losses over the years — One District, One Warehouse — the deputy minister indicated that 102 out of the 245 warehouses promised had been constructed.

Out of the number, he said about 50 of them had been completed, with the rest of the projects at various stages of completion.

Among other things, Mr Bambangi said the next NPP government would implement strategic policies for the development of the sector.

Making a strong case for why Ghanaians should choose the NDC over the NPP in the December polls, Mr Yamson indicated that the next NDC government would more than double value addition to agricultural products from the current 18 per cent to 40 per cent.

He explained that the current situation made farmers appear risky to banks and insurance companies, which made it difficult for them to access credit.

Mr Yamson also pledged the next NDC government’s commitment to move the 12 per cent of cultivatable lands under irrigation to 24 per cent.

“We need to focus on the network of rural roads so that the speed to good storage and the speed to market is accelerated and the distance is shortened radically. Right now, what we have is a situation where products will sit for a long time and by the time they get to the market, they are not in the best shape,” he added.

For his part, the National President of PFAG, Mr Abdul-Rahman Mohammed, called on the political parties to prioritise the agriculture sector as it was at the centre of Ghana’s development.

He said in spite of the fact that the sector provided employment for a chunk of Ghanaians, provided raw materials for production, ensured food security and sustainable livelihoods, it was receiving less attention than necessary.

He bemoaned the high levels of post-harvest losses and called on both the current and future government to swiftly intervene.

Among other things, Mr Mohammed indicated that there needed to be a balanced investment in food production as most of the investments in the sector were tilted towards crop production.