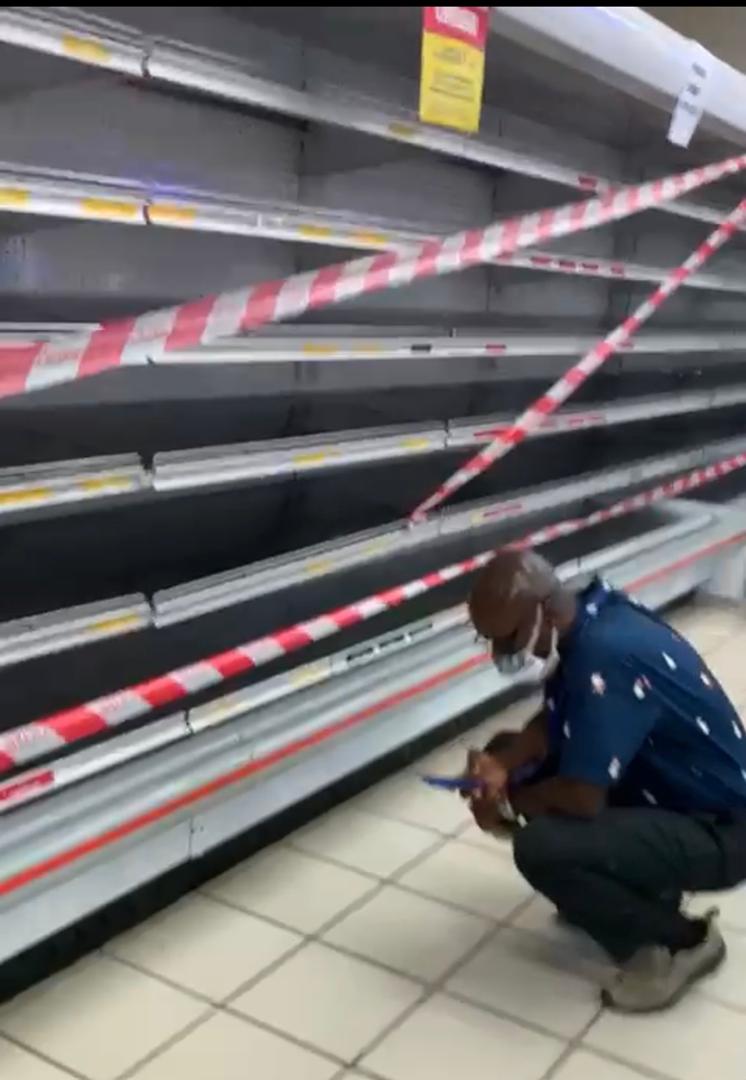 The Food and Drugs Authority (FDA) on Tuesday closed down the meat section of Shoprite at the Accra Mall.

Graphic Online understands the closure follows what is said to be the selling of thawed imported frozen chicken as fresh local chicken.

The video attached below shows the closed meat section at Shoprite in the Accra Mall but there are indications the FDA may be taking a similar action at all other branches of Shoprite in Ghana.

Graphic Online gathers the FDA is preparing an official statement on the action.

The Deputy Chief Executive of the FDA, Akua Amartey said Shoprite has been fined for selling imported frozen chicken but labelling it as locally produced chicken and selling to customers.

The closure followed a complaint to the FDA that Shoprite was selling thawed imported frozen chicken as fresh local chicken to customers.

An investigation by the FDA confirmed what was deemed to be fraud on customers by mislabeling the product.

According to the FDA, the practice by Shoprite apart from being a deception also had health implications.

"Apart from it being deception, it also has some health implications, because we all know that you don't actually thaw a frozen product and then put it back into the freezer for it to freeze," Akua Amartey, Deputy Chief Executive of the FDA said.

"And most people who patronize these products think they've bought fresh chicken, some of them will definitely also freeze and you know what happens, when products are thawed at certain temperatures, micro-organisms start brewing in them and they produce toxins."

"So someone will say but you boiled the chicken, yes you boiled it, the micro-organisms will die but the toxins they've already produced are still in the meat and that is where when you consume food prepared from such means, you have some form of health challenges," she added

In a radio interview with Accra based Citi FM monitored by Graphic Online, Ms Amartey said the practice by Shoprite was a deception by labeling imported chicken as local chicken.

“It came to our attention that they actually label frozen chicken that they thaw as fresh chicken, and that is against the Public Health Act,” Amartey said in the radio interview

She stated that Shoprite has been given an administrative fine to pay as a form of punishment so that they don’t repeat such an action.

She said the meat section of the retail shop will be continue to be closed down until Shoprite puts in the necessary regulatory measures to prevent a recurrence of such a situation.

“They must decide to sell frozen chicken as frozen chicken. If they want to sell fresh chicken then they should let us know which farms they are getting the fresh chicken from, what documentation comes in, what inspections they are producing, when they receive consignments of fresh chicken; which freezers they will put them in. How they are going to dispose of [the chicken] after the shelf life so that they do not end up freezing them and selling them as fresh chicken. So there are so many things we need to work hand in hand with them on including training their staff.”

Ms. Amartey also indicated that the FDA will visit other branches of Shoprite in a bid to ensure the safety of customers.

“We have locked the Shoprite at the Accra Mall. We are visiting other facilities. We have been to the Junction Mall, where we have locked up their freezers.”