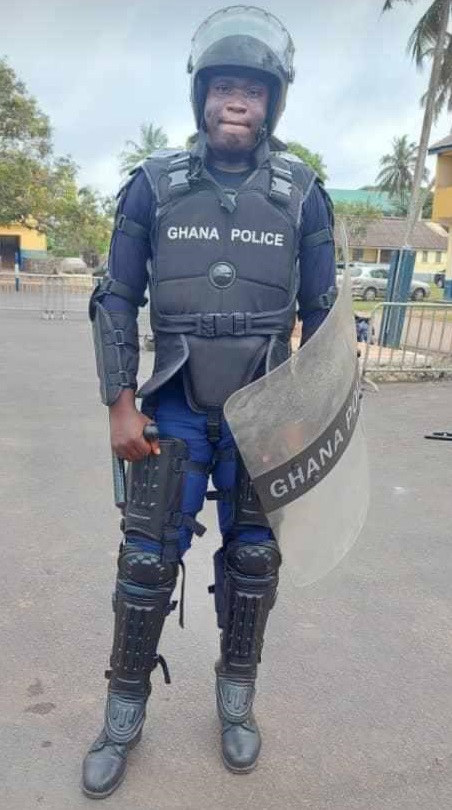 Personnel of the Rapid Deployment Force (RDF) unit of the Ghana Police Service, Takoradi are grieving over the death of a police constable Thursday morning after he fell on the AK-47 rifle he was returning to the armoury which accidentally discharged.

Police General Constable Senanu Davordzie was hit in the abdomen by two bullets discharged from the gun, and while colleagues rushed him to the hospital for care, he was pronounced dead on arrival.

The Regional Police Public Relations Officer, Olivia Ewuraabena Adiku told Graphic Online that Senanu was returning from night duty at a bank at the Takoradi Market Circle riding on his Aprilla motorbike with registration number M-20-GR 670 to hand over the AK-47 rifle with 20-rounds of ammunition to the station at about 5am.

She said “At the entrance of the RDF charge office, Senanu fell off the motorbike and the rifle he was carrying went off accidentally, discharging two ammunition, which hit him in the abdomen.”

He was rushed to the Takoradi Hospital for medical attention but was pronounced dead on arrival.

Senanu was described by his colleagues as a fine police officer, hard working and respectful.

His body has since been deposited at the same hospital morgue for preservation and autopsy.