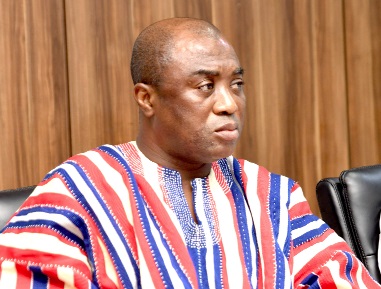 The Ghana National Association of Teachers (GNAT) has called on the government to as, a matter of urgency, expedite action on issues of Cost of Living Allowance (COLA) and base pay for teachers and workers in general.

When implemented, the association said, it would alleviate the plight of workers in the prevailing economic challenges that had seen prices of foodstuffs and other items soaring.

According to the GNAT, there was an uneasy calm among workers as a result of delays over the issues, hence the need for the government to come clear by the end of this month to ensure industrial harmony.

"As we speak now, workers are complaining and agitating because the prices of food items, as well as goods and services are rising. Let us treat human security issues as national security matters," the General Secretary of GNAT, Thomas Musah, told the Daily Graphic in an interview in Accra yesterday.

Mr Musah said the Public Financial Management Act (2016) provided that by April of each financial year, compensation negotiations should be concluded.

“So when will the minimum wage be concluded for us to get to the issue of the base pay. We are saying that things are delaying and if care is not taken workers would begin to react in a way that will not help anybody.

“We are, thus, asking that as a matter of urgency, by the close of this month, the government should come clear on all the requests put forward – the COLA and the base pay,” Mr Musah added.

Mr Musah further urged the government to give an appropriate response to their concerns as soon as possible by providing a road map to resolving the issues instead of being silent.

“Once there is an uneasy calm, you don’t know when workers will begin to agitate and the only way we can avoid that is by engaging and letting workers know what is there for them as soon as possible,” he added.