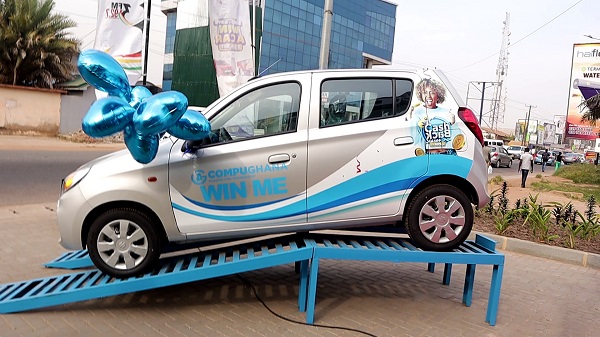 A total of 21 prizes including a Suzuki Alto 800 vehicle were won in the CompuGhana CashBack Season, Shop.Save.Win a Car and many more raffle draw. The end-of-year sales promotion raffle draw was held on Friday, December 23, 2022, at the new CompuGhana Premier Showroom on Spintex Road in Accra.

The Suzuki Alto 800, the grand prize of the draw opened to the public on October 10, 2022, and closed on December 21, 2022, was won by Razak Abdul, a public officer at the West African Examination Council Ghana who purchased products at the Compughana branch located at the West Hills Mall.

All the winners who were 18 years or older qualified for the draw after making a minimum purchase of at least GHS1,000 at any one of the sixteen CompuGhana branches nationwide.

When contacted via telephone at the venue of the draw, a delighted Mr. Razak Abdul said he was surprised and very happy because he was not a believer in raffle draws until his win.

Mr. Razak said he is looking forward to riding in his new vehicle in the New Year. 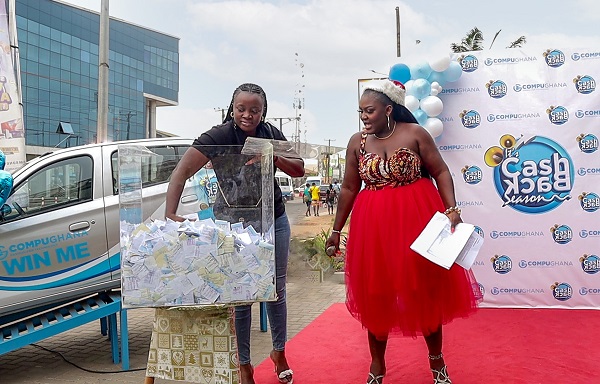 Other winners of the draw included Selom Ankah who won a 70-inch LG UHD Smart Television, Kofi Diaba who won a Sony Playstation 5, and Richard Welbeck Ntim who was picked as the winner of the Sencor Stand Mixer.

In a brief comment after the draw, brand Influencer for CompuGhana AJ Poundz said she was delighted with the transparent process which was overseen by officials of the National Lottery Authority. She said aside from the giveaways, customers of CompuGhana also enjoyed discounts ranging from up to 40 percent to 70 percent during the promotion.

The Director of Sales and General Manager at CompuGhana, Haissam Kassar said the promotion was launched three years ago to offer a wide range of genuine international brands at affordable prices for every consumer.

"Cashback Season promotion offers gifts and discounts that everyone can enjoy up to 70% off products," he said. "We promise our cherished customers that CompuGhana will keep striving to give our best promotional campaigns, service, and delivery to keep all our customers happy and satisfied".

The Head of Marketing at CompuGhana, Shirley Anku said: "Our customer’s satisfaction is our number one priority and we assure you that we will always stay dependable.

"We thank you all and wish you a prosperous New Year!