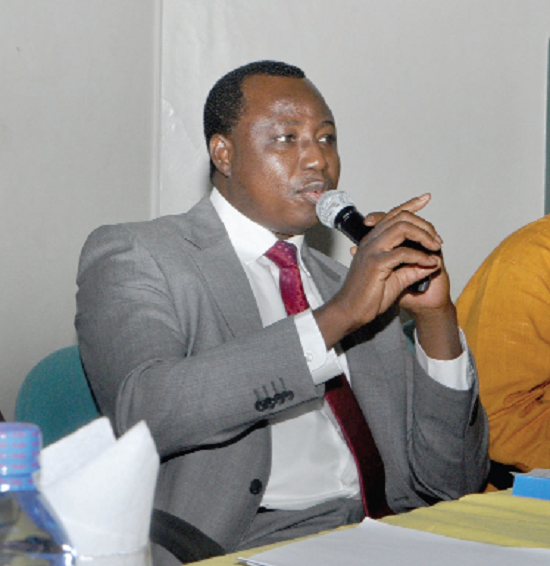 The Commission on Human Rights and Administrative Justice (CHRAJ), in commemoration of the International Day for Persons with Disability (PWDs) yesterday, has urged Ghanaians to be committed to the creation of a world characterised by equal human rights for all.

It has also challenged the public to be committed to providing opportunities for education, training or volunteerism and employment for PWDs who are visible or invisible.

CHRAJ also urged the government, organisations and individuals not to show support only on International Days, but to do so always.

In a statement signed by the Commissioner, Mr Joseph Whittal, CHRAJ said it recognised the efforts of the government to support PWDs through the District Assemblies Common Fund (DACF) and the Nation Builders Corp (NABCo), both of which have incorporated the interest of PWDs, particularly in terms of employment.

The statement said the 2020 global theme: “Not all Disabilities Are Visible”, was focused on spreading awareness and understanding of disabilities that were not immediately apparent, such as mental illness, chronic pain or fatigue, sight or hearing impairments, brain injuries, neurological disorders, learning differences, cognitive dysfunctions and others.

Citing the World Health Organisation Report on Disabilities, CHRAJ said 15 per cent of the world’s population or more than one billion people were living with disabilities.

Out of that number, it is estimated that 450 million were living with mental or neurological conditions and two-thirds of the number did not seek professional medical help, largely due to stigma and neglect.

It said 69 million individuals were also estimated to sustain traumatic brain injuries around the world each year, while one in 160 children were identified as being on the autism spectrum.

The statement said the COVID-19 pandemic, with the various attendant restrictions, had brought about isolation, disrupted routines and diminished services which had greatly impacted the lives and mental well-being of PWDs around the world.

“There is the need to spread awareness of the various forms of invisible disabilities, challenges faced and the impact of COVID-19 on the general well-being of persons living with disabilities,” it added.

CHRAJ emphasised the fact that Ghana was signatory to several international instruments and conventions that sought to protect the rights of PWDs, including the Convention on the Rights of Persons with Disabilities.

Additionally, it said, the supreme law of Ghana, the Constitution (1992), enjoined the State to enact appropriate legislation to ensure the protection and promotion of all other basic human rights and freedoms.

“Unfortunately, persons with disabilities are one of the largest oppressed groups in Ghana, making up an estimated three per cent of the Ghanaian population,” it said, adding that PWDs in Ghana continued to experience various forms of discrimination and social exclusion.

“Children who are born disabled or deformed are assumed to be possessed by evil spirits,” the statement said.

CHRAJ said traditional and religious beliefs and harmful stereotypes, which often characterised interpretations of disabilities, led to the creation and reinforcement of repressive conceptualisations of disability.

It said these occurred despite the fact that there were several anti-discriminatory laws meant to protect the rights of PWDs and facilitated their participation in mainstream social, political and economic activities.

Commemorating the day, CHRAJ urged all to recognise and value the diversity of community and to cherish everyone’s role, regardless of abilities.

“It is a day to understand and learn from the experiences of persons living with disabilities, to look towards the future, and create a world where a person is not characterised by their disabilities, but by their abilities,” it said.

The United Nations (UN), in 1992, through General Assembly Resolution 47/3, instituted the day with the aim of promoting the rights and well-being of PWDs in all spheres of society and development, and to increase awareness of their situation in every aspect of political, social, economic and cultural life.

In 2006, the UN went a step further and adopted the Convention on the Rights of Persons with Disabilities and its optional protocol at the UN Headquarters in New York.

The convention had the highest number of signatures in the history of the UN on its opening day, and it has helped advance the rights and well-being of PWDs in the implementation of the 2030 Agenda for Sustainable Development and other international development frameworks.

These include the Sendai Framework for Disaster Risk Reduction, the Charter on Inclusion of Persons with Disabilities in Humanitarian Action, the New Urban Agenda and the Addis Ababa Action Agenda on Financing for Development.