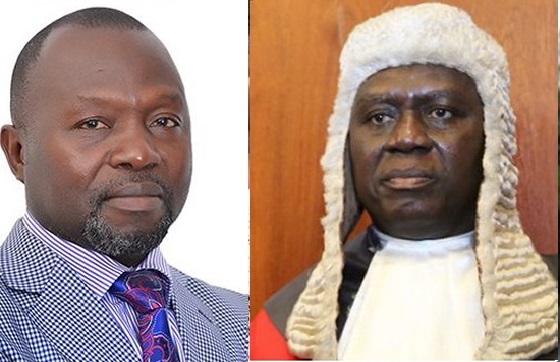 The Chief Justice, His Lordship Justice Kwasi Anin-Yeboah has reported lawyer Dr. Dominic Ayine to the Disciplinary Committee of the General Legal Council (GLC) for statements he allegedly made during a panel discussion on Presidential Election Petitions and their impact on Africa's Democracy.

A copy of the petition, signed by the Judicial Secretary Justice Cynthia Pamela Addo, and seen by Graphic Online, accuses Dr. Ayine of questioning the independence of the Judiciary due to the manner the Supreme Court adjudicated the 2020 election petition.

“These comments are made against the backdrop of the Supreme Court discharging Dr. Ayine on a charge of contempt for similar comments made against members of the Supreme Court during the Election Petition hearing. Dr. Ayine apologized profusely when he appeared before the Court on the Contempt charge and admitted to having made comments which were unbecoming of a Lawyer of his standing and a former Deputy Attorney-General.

“His Lordship the Chief Justice therefore finds his alleged disparaging comments totally unacceptable and would like you to investigate this matter further,” the petition averred.