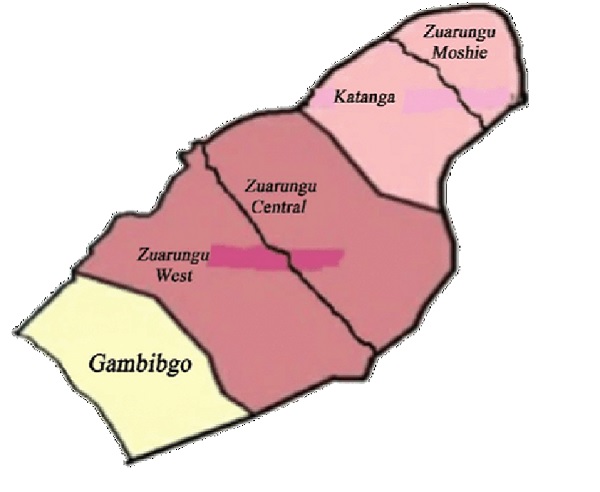 Constituents of Bolgatanga East in the Upper East Region have called on the government as a matter of urgency to revive the defunct Zuarungu Meat Factory in the area.

They also called for the establishment of a smock market to bring all persons engaged in the smock business under one umbrella to enhance their operations.

These two interventions, they said, would create jobs for the people in the area, especially the youth, and enhance the growth of the local economy.

Zuarungu Meat Factory
The constituency had not been able to attract an investor to set up a factory as part of the government’s One District, One Factory (1D1F) initiative, which has compelled the management of the District Assembly to take steps to revive the defunct Zuarungu Meat Factory.

The GIHOC Zuarungu Meat Product Company Limited was inaugurated by Dr Kwame Nkrumah in 1965 to produce canned beef for consumption domestically and for export.

It was, however, closed down in 1995 after 30 years of operation due to mismanagement.

Speaking during the recent annual N’daakoya Festival of the chiefs and people of the Zuarungu Traditional Area, the Upper East Regional Minister, Stephen Yakubu, disclosed that the Ministries of Food and Agriculture and Trade and Industry are currently in talks with a private investor in a bid to revamp the Zuarungu Meat Factory.

Constituency visit
Despite being in the centralised area of the Upper East region and closer to the regional capital, the Bolgatanga East Constituency is faced with poor road network in several communities, youth unemployment, water supply challenge, teenage pregnancies, poor layout, especially the district capital.

The constituency is rural in nature and problems of inadequate social infrastructure and amenities remain a challenge.

During the visit to the Zuarungu South Electoral Area, the Daily Graphic saw roads within the area yet to be tarred which the constituents said generated a lot of dust during the dry season which resulted in some health implications for the people.

They therefore called on the authorities concerned to attend it to reduce the level of dust pollution.

Again it was observed that some of the feeder roads connecting communities within the rural part of the constituency were yet to be engineered to make them more motorable.

The Daily Graphic also visited the Zuarungu meat factory and observed that the place was in ruins.

It has the Zuarungu Senior High School and Gambibigo Community Day SHS as well as a Nurses Training College.

Political dynamics
The constituency, which has Zuarungu as its capital and situated in the central part of the region, was initially part of the then Bolgatanga Constituency before it was created in 2012 to stand as a constituency to elect its own Member of Parliament (MP) to represent the constituents in Parliament.

It has Dr Dominic Akuritinga Ayine of the National Democratic Congress (NDC) as the Member of Parliament (MP) and David Akolgo Amoah as its District Chief Executive (DCE) .

The constituency’s parliamentary seat since its creation in 2012 has been occupied by the opposition NDC till date.

However, a leading member of the ruling New Patriotic Party (NPP) in the constituency, Mathew Silas Amoah, at a recent ceremony to hand over 16 motorbikes to the party, urged the party members to close ranks to snatch the seat and end the 12 years’ reign of the incumbent MP.

In the 2012 parliamentary election, Dr Dominic Ayine won with 8,841 representing 61.43 per cent as against 3,523 votes secured by Rockson Ayine Bukari of the NPP.

David Apasera of the People’s National Convention (PNC) and Baba Starling Ayinenongma of the Progressive People’s Party (PPP) had 1,873 and 156 votes.

In 2016, Dr Ayine maintained the seat with 10,492 votes representing 70.63 per cent, while Emmanuel Abugre Abole of the NPP had 4,224 votes and Baba Starling Ayinenongma of the PPP managed 138 votes.

The 2020 general election also saw the incumbent NDC having a firm grip of the parliamentary seat.

Location
It is among the 15 Municipal and District Assemblies (MDAs) in the region which is also a district on its own.

The constituency is just about 10 minutes’ drive from Bolgatanga, the regional capital.

It is located in the south eastern part of the Upper East Region and bordered to the north by the Bongo District, south and east by Talensi and Nabdam districts and Bolgatanga Municipality to the west, respectively.

According to the 2021 Population and Housing Census, the constituency has a total population of 38,836, comprising 18,836 males and 19,988 females, respectively.

Local economy
The constituency is made up of both formal and informal workers who are contributing in diverse ways towards its transformation in all sectors of the local economy.

Some of the residents who are in the informal sector are farmers who are into the cultivation of vegetables and other foodstuffs, while others engage in smock weaving and sewing as their economic mainstay.

Additionally, Pito brewing, which is also a major occupation for women, has lost its significance with time due to the proliferation of drinking spots. Obviously, more interventions by the government and non-governmental organisations (NGOs) can lead to a more positive change in the economic situation of the people in the area, especially the rural folks.

Agenda 111
Fortunately, the district is a beneficiary of the government's ‘Agenda 111’ hospital project which is currently ongoing at Katanga.

Due to its proximity to the regional capital, some residents with severe medical conditions and pregnant women patronise health services at the Bolgatanga Regional Hospital.

Others also seek medical care from health centres and Community Based Health Planning and Services (CHPS) compounds dotted across the district.

Residents speak
The Assembly Member for the Zuarungu South Electoral Area, Bismark Akolgo Jospa, welcomed the assembly's push for the revival of the meat factory and the smock market as they would spur the growth of the district.

He said: “Sadly, since the creation of the district, the assembly had not been able to generate enough revenue locally to fund its development, saying “particularly if the smock market is made possible, it would help generate more revenue and create jobs for many people”.

Another resident, Patience Azure, said the district was rural in nature, thus it was important for the government to champion interventions that would create jobs for the many youth in the area to better their lives.

A smock weaver, Mary Agana, indicated that the establishment of the smock market would enhance their business as it would attract many individuals and tourists to visit the area to buy their products.

Smock market
The DCE for the area, Mr Amoah, told the Daily Graphic that smock weaving and sewing is a flourishing business undertaken by many youth and if well harnessed would contribute immensely to the progress of the district.

In line with this, the assembly’s agenda is to construct a modern smock market at Zuarungu, to bring all persons engaged in the smock business under one umbrella to enhance their operations,” he said.

He said by doing so, many youth could develop interest and eventually venture into the smock trade to earn an income to improve their lives, stressing “as an assembly, we are committed and would ensure that the market becomes a reality to achieve the intended purposes”.

1D1F
Touching on 1D1F, he noted that the target of the district was to push for the revamping of the defunct Zuarungu meat factory since the land, equipment and other facilities were readily available for its smooth take-off.

“I am very hopeful that if the factory is revamped it would create thousands of jobs for the teeming unemployed youth to earn a living to better their lives and that of their families,” Mr Amoah indicated.

Challenges
On challenges, Mr Amoah noted that high teenage pregnancy among the youth was a great source of concern, adding “we are appealing to residents to desist from allowing passing-out events and funerals from travelling deep into the evening since they were major contributory factors”.

He lamented the invasion of the district by many people since it served as a transit point to several districts, stressing, “I wish to urge the residents to report mischievous persons to the security agencies for immediate action.

MP speaks
Dr Ayine in an interview said he had continued all projects initiated by him in his first term in 2013 till date.

“As I speak to you, the rural electrification project is about 95 per cent complete while work is still ongoing on the Zuarungu town roads and library projects.

Phase one of the Zuarungu market project is completed and work is expected to commence on the second phase soon,” he said.

He said that through his project fund from the National Health Insurance Scheme (NHIS), he had started the construction of a maternity ward at the CHPS compound at Katanga to provide services to pregnant women within the facility’s operational areas.

Education
Dr Ayine added that through his share of the Ghana Education Trust Fund (GETFund) work is almost completed on the construction of a three-unit Junior High School (JHS) classroom block for the Dubila Basic School.

Additionally, he had provided partial scholarships for students in the constituency pursuing various fields of study in tertiary institutions nationwide.

Roads, other projects
Mr Amoah said the district assembly would by the first quarter of this year embark upon aggressive reshaping of all feeder roads in the entire district to open up the communities and enhance the free movement of the people and the carting of farm produce.

Furthermore, work is ongoing on the construction of a steel bridge at Gambibigo to link the community to several other areas on the main Bolgatanga-Tamale highway without any difficulty.

Already work had been completed on the construction of a CHPS compound with quarters attached at Kunkua as well as the completion of an early childhood development centre at Zuarungu-Moshie which was sourced from its share of the one million dollars per constituency.

Additionally, a three-unit classroom block has been completed at Dubila awaiting inauguration while work is ongoing on a new CHPS compound with quarters attached at Kumbosigo.