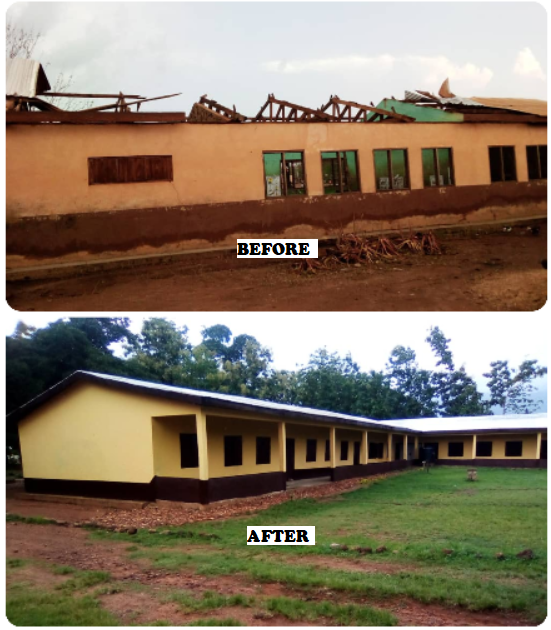 The Board Chairman of Legon Cities Football Club, Mr Richard K. Atikpo, has renovated the Kecheibi Primary School in the Nkwanta South Municipality of the Oti Region.

The refurbishment which cost thousands of cedis was done in celebration of his 40th birthday. An additional 100 double-seater desks were also donated to the school.

The school, which was is a BECE Centre with a population of over a thousand students was in a very poor state and without roofing in some parts before renovation.

Mr Atikpo, who is also the Council of State Member representing the Oti Region as well as the Board Chair of Lemla Group which comprises Legon Cities FC, Gulf Energy, Lemla Energy and others promised to do more for Education at large in the coming years.

He said: “Education is key to the success of many and I hope I can do the little I can to help my region. The government has invested a lot of money in the sector so that many people can benefit. They (the government) are not in the position to do everything all at once and thus the need to support their efforts in that direction”

On his part, the Head of Finance and Administration at the Ghana Education Service in the Nkwanta South Municipality, Damson Mawuena, expressed his gratitude for such benevolence.

He was quick to add that such a gesture had never happened in the Municipality. He also used the opportunity to appeal to the citizenry - locally and abroad - to come to their aid with a lot more support for the Municipality and the region.

Chairman Atikpo as he is affectionately called has contributed immensely to many social causes in the past with as many benefiting from his RK Atikpo Foundation.