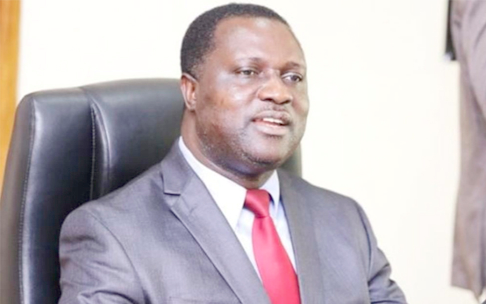 The Minister designate for Education, Dr Yaw Osei Adutwum, has said the Education Regulatory Bodies Act 2020 (Act 1023) passed by Parliament with the Presidential Assent on August 21, 2020 has abolished the affiliation policy for all new tertiary institutions.

He said those private existing institutions currently affiliated to the traditional universities had been given four to five years to go through the process of being chartered.

Responding to a question of what he would do to review the exorbitant fees private universities were paying to mentoring public universities they were affiliated to, Dr Adutwum assured the committee that he would implement the law when he got the nod.

The minister designate for Education was quizzed on a number of issues relating to education and his stewardship for the last four years as a deputy Minister of Education.

Dwelling on why he argued against a Private Member Motion that called for government’s support for students of public and private universities in fees payment, the minister designate assured the committee that he would be the last person not to support an effort to bring relief to needy students to pursue tertiary education.

“God willing when I become minister, I have decided that these are the issues I am going to listen to. One way is to remove the barrier of the guarantor system so that students who do not have people to guarantee for them will have access to students’ loans.

“Also, we need to streamline the very procedures through which students secure loans. I personally feel strongly that it should begin at the time that you are applying to the universities so that when your admission is given to you, your loan is also ready for the fees to be paid,” he said.

Dr Adutwum stressed that he would be the last person to object to supporting needy students, when he had earlier supported 30 students to pursue tertiary education.

Regarding academic facility user fees, he said out of the budget devoted to expenditure structure of universities, about 90 per cent were expenses that were related to faculty remuneration.

“Consequently, when we talk about academic user fees, we are not talking about fees that are going to be use in paying professors compared to private universities’ professors.

“So yes, we can say that the government is already paying 90 per cent of the fees students would have paid,” he said.