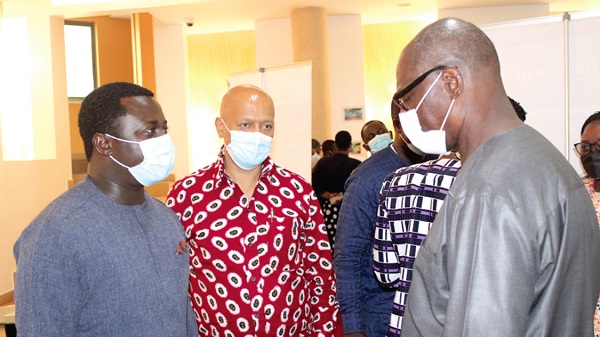 The government is fashioning out a programme to enrol school drop-outs and children of school age into schools to help expand education to cover under-privileged children.

A Deputy Minister of Education, Rev. John Ntim Fordjour, who disclosed this, said an estimated 450,000 children would benefit from the initiative, with 30 per cent of them having never stepped in a classroom.

“We are poised to identify these children from poor households and hard-to-reach areas in many of our regions and reintegrate them into schools," he said.

The deputy minister, who announced this at a World Vision Ghana educational forum in Accra, added that the programme would be undertaken as part of the World Bank’s education outcome funding (EOF) intervention.

The forum was on the theme: "Bridging the learning gap at basic level and building a supportive learning environment through sustainable water, sanitation and hygiene (WASH) interventions".

Rev. Fordjour said about 10,000 basic schools, representing 25 per cent of schools, did not have proper WASH facilities, a situation which he said impeded teaching and learning in those schools.

He, therefore, called for a more collaborative effort between the government and key organisations, such as World Vision, the United Nations Educational, Scientific and Cultural Organisation (UNESCO) and Plan Ghana, to help alleviate hygiene challenges in schools across the country.

He said his outfit was assessing the basic school system to understand why about 98 per cent of class two pupils could not read and understand basic letters.

That was the outcome of an early grade assessment made by the ministry in 2013 and 2015.

"Some 125 million pupils in sub-Saharan Africa, having gone through four-year basic education, still lack literacy and numeracy skills, according to a World Bank report in 2018. Also, 83 per cent of pupils in basic schools at age 10 are not able to read and understand simple text globally," he said.

The deputy minister said the government intended to build a robust educational system to help expand tertiary education enrolment to 40 per cent by 2030, as well as reform the educational curriculum to build critical and creative minds to make graduates globally competitive.

The Director of World Vision Ghana, Mr Dickens Thunde, expressed the commitment of the organisation to help transform literacy and numeracy challenges in basic schools across the country.

He said the organisation had carried out an initiative, known as “Unlock literacy project”, in 77 communities in the Afram Plains, among a targeted group of 9,000 basic school pupils.

Through the initiative, he said, literacy and numeracy skills had improved significantly in those areas from two per cent to about 40 per cent.

He added that World Vision, which currently operates in 25 districts across 14 regions, had provided decent WASH facilities for many schools to help alleviate WASH facility challenges in those schools.

For his part, the UNESCO Country Head, Mr Abdourahamane Diallo, said there was the need for the government to prioritise education, which is a key element in achieving the sustainable development goals (SDGs).

He lauded the government for the implementation of the free senior high school policy and urged it to continue making needful changes to improve the educational sector.