George Ayisi-Boateng obtained Bachelors at 64, MBA at 67 and PhD at 75years 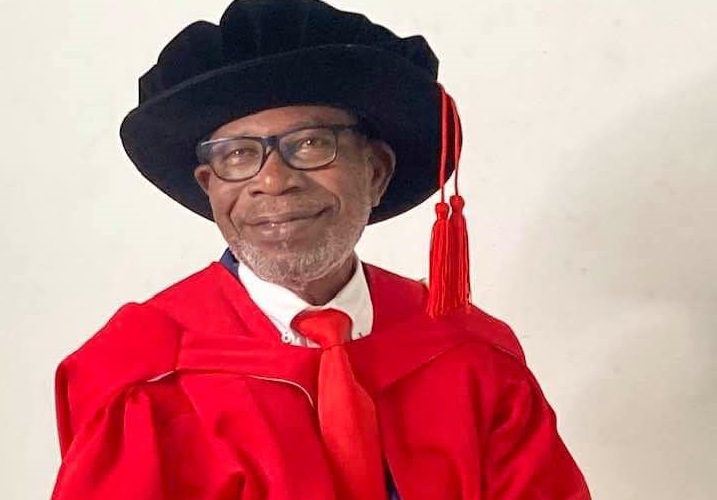 In 2005, the then almost 60-year-old George Ayisi-Boateng told himself it was never too late to go back to school for higher educational qualifications.

If he had been working in the public sector, he would have been preparing to proceed on retirement in November 2005.

But he was handling his own business in the private sector and was still in active service.

The "self-made personality" and commonly referred to as "Onipa Nua" had struggled through life to make it because his father died when he was in primary three and had to be raised up by a single mother. He had 15 siblings.

The now Dr George Ayisi-Boateng and immediate past Ghana's High Commissioner to South Africa (2017 to 2021) has been sharing his story with Graphic Online and says he made a personal vow to ensure that all his children were highly educated first.

The reason was to give them higher education, which he had then not been able to obtain personally before he will pursue his own.

But through the grace of God, when in 2005 his own children were grown-ups - first daughter had finished school and had started teaching at St Louis Secondary School in Kumasi, the second was at the Kwame Nkrumah University of Science and Technology (KNUST), the third had finished university in Canada, the fourth was in the 5th year at the School of Medical Sciences (SMS) at KNUST and the last born was in the nursing training school – he took a firm decision to go back to school for higher learning.

This was also after he had helped many other young persons in diverse ways either with their education or businesses.

He had already obtained an Advanced Level (A-Level) certificate in 1994 through private studies and his motivation 11-years later in 2005 was to pursue what his father was unable to provide for him especially when he had already sorted out his own children through higher education.

He had a discussion with his family, some friends, [myself included] and that is how the journey started. 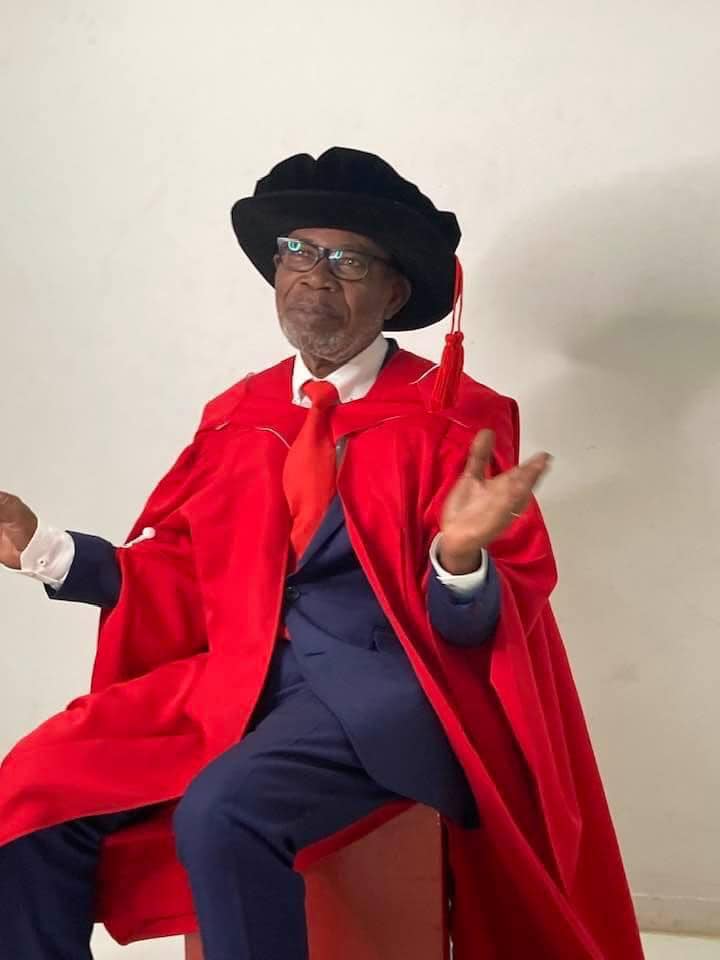 After 16-years and at age 75, he has graduated with a Doctor of Philosophy (PhD) in Political Economy from the University of Witwatersrand, South Africa.

Because of the COVID-19 pandemic, the graduation ceremony was virtual and it was held Tuesday morning (July 20, 2021).

His topic for the PhD studies was “Political Regimes and Ghana's Economic Development in the 4th Republic.” 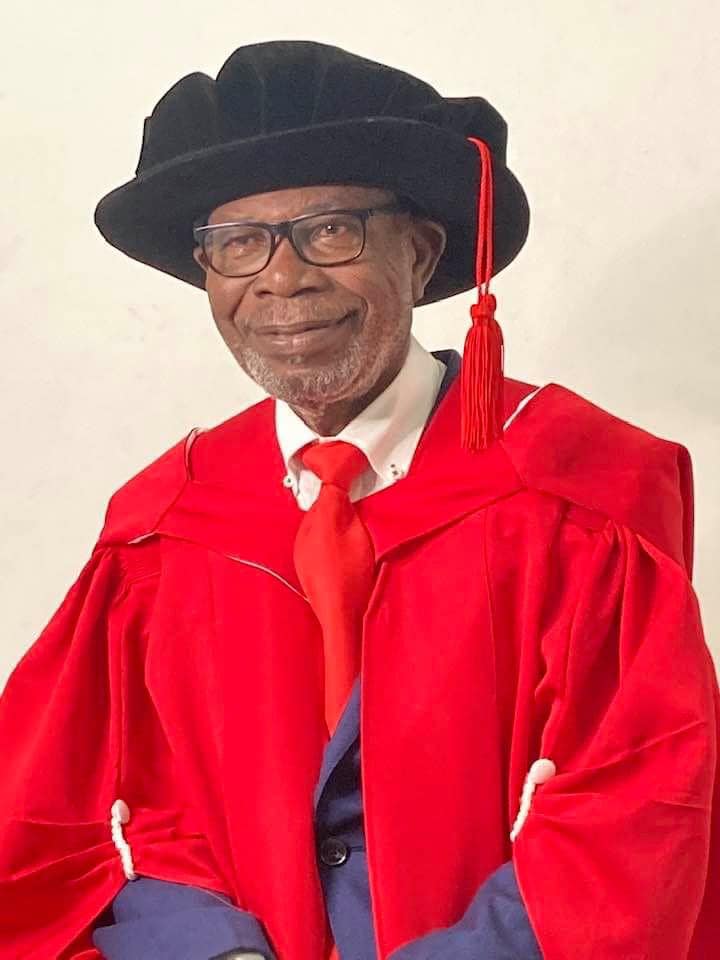 "My father died when I was in primary three and I had 15 siblings. As a single mother it was difficult for my mother to cater for all of us in school. Many of my senior siblings had to drop out of school", Mr Ayisi-Boateng told Graphic Online.

He went through problems before finishing Form 5 with a GCE (General Certificate of Examination) Ordinary Level (O-Level) certificate from the Benkum Secondary School at Larteh, Akuapem in the Eastern Region in 1968.

He started looking for a job after Form 5 and engaged in a number of jobs aside private studies at the same time.

He succeeded in writing and passed the GCE Advanced Level (A-Level) certificate in 1994 while he was still working. 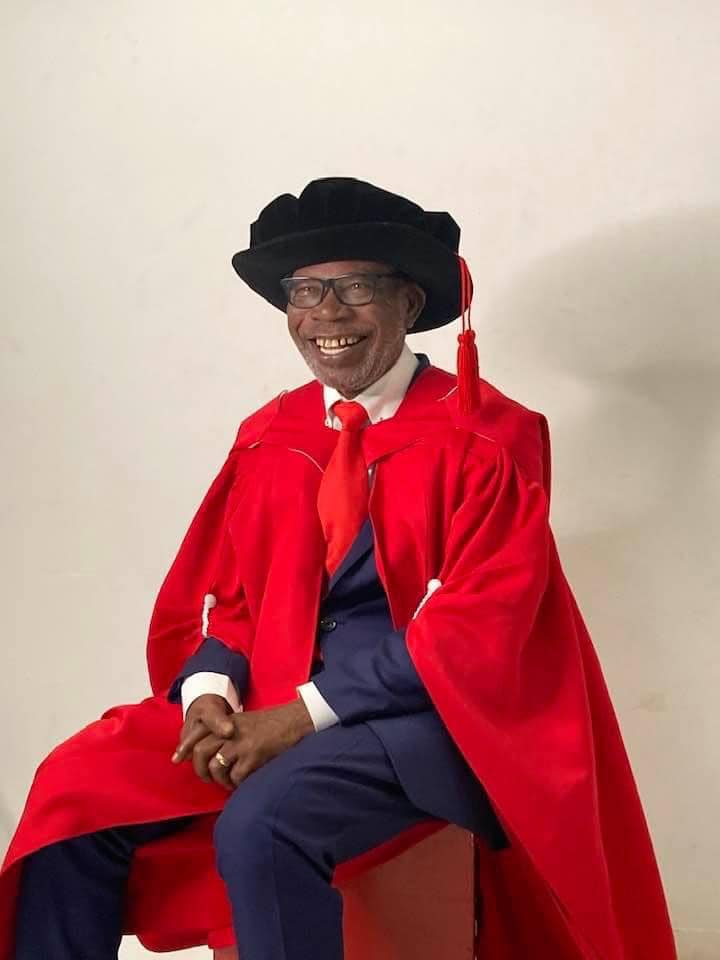 He told Graphic Online that his motivation to obtain higher level was based on the fact that it helps to train a person in the chosen field, teaches the person to understand complex subjects, think analytically, and communicate very well.

As a politician and an entrepreneur, he had wanted to go back to school but always wanted to ensure that he sorted out his children first as well as others who were in need and whose plight had come to his attention.

So when he felt he was done with the children, and with the assistance of Professor Steve Sobotie, the then Principal of the Kumasi Campus of the University of Education, Winneba (UEW), who had then introduced a part time evening Bachelors programme, he enrolled in 2005 for a first degree course using his A-Level certificate coupled with his status as a matured student.

At that same time, he was a Board Member of the Tema Oil Refinery under President J.A. Kufuor’s government.

He took advantage of evening lectures and successfully completed his Bachelors in Business Administration (BBA) at age 64 in 2009 at the erstwhile Kumasi campus of University of Education, Winneba (UEW) now Akenten Appiah-Menka University of Skills Training and Entrepreneurial Development (AAMUSTED).

He immediately enrolled in a Master of Business Administration post graduate course at the KNUST for evening lectures and successfully completed in 2011.

He was still not satisfied and proceeded to the University of Witwatersrand, South Africa and at age 75, he has graduated with a PhD.

That is how Mr George Ayisi Boateng also known as 'Onipa Nua' arrived at his current educational level.

His target, he told Graphic Online was to finish in two years since as a political appointee, he could be changed at anytime.

“So I dedicate it to my family and President Akufo-Addo for giving me the opportunity. Had it not been him, I'd not have been able to pursue that career,” Dr Ayisi-Boateng told Graphic Online.

He registered for the PhD programme in February 2019 and finished in 2021. He submitted the final dissertation for external examiners in November 2020 and they went through it and passed him.

During his work as High Commissioner of Ghana to South Africa, he played various roles to attract automobile companies such as VW and Nissan to set up assembly plants in Ghana. 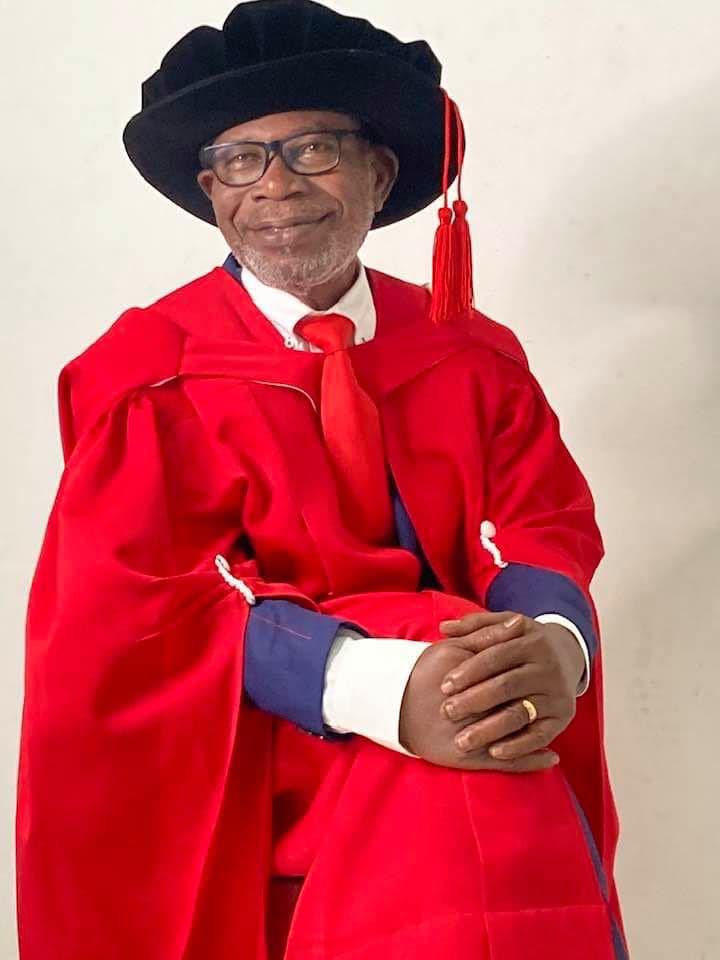 When he started his working career, he changed jobs and finally settled at AGIP SPA Ghana Limited in 1971, in Accra. AGIP is now Ghana Oil Limited (GOIL).

He started working with his O-Level certificate at AGIP, went on transfer to Takoradi on relieving duties and back to Accra.

In March 1976, he was transferred to Kumasi for promotion and in January 1982, he resigned from GOIL and started his own business.

He ventured into petroleum retailing, imports and exports and that is what he has been doing till now.

He is a founder member of the New Patriotic Party (NPP).