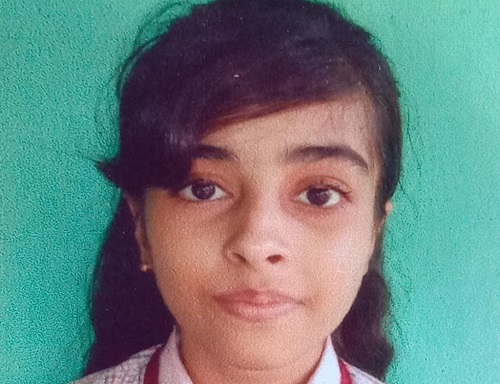 Jublee Tamuli called it the most 'humiliating experience' of her life

A 19-year-old Indian student who turned up in shorts to take an exam was forced to wrap a curtain around her legs after the teacher objected to her clothes.

Jublee Tamuli had travelled 70km (43 miles) from her home for the exam in Assam's Tezpur town with her father, reports in the local press said.

Her father rushed to a market to buy a pair of trousers, but she said she took the curtain since the test was timed.

She later described it as the "most humiliating experience of my life".

"Is it a crime to wear shorts?" she asked reporters outside the exam centre. "All the girls wear shorts. And if they didn't want us to wear shorts, they should have mentioned it in the exam documents."

The incident took place on Wednesday during the entrance exam for an agricultural university being held at Girijananda Chowdhury Institute of Pharmaceutical Sciences, The Indian Express reported.

"They did not check for Covid protocols, masks or even temperature… but they checked for shorts," the paper quoted her as saying.

Ms Tamuli said the exam documents did not specify any dress code and she was allowed by the security guards to enter the institute, but was stopped from entering the examination hall by the teacher.

She said she requested him to speak to her father, but the teacher was unmoved.

The incident has evoked a sharp response from many who have taken to social media to express their outrage.

Many called the teacher's behaviour "outrageous", "ludicrous" and "height of moral policing".

Clothing restrictions, especially for women and girls, are routinely reported from across India and patriarchs routinely blame Western outfits for the moral degradation of youth.

In March, the then chief minister of the northern state of Uttarakhand, Tirath Singh Rawat, was accused of "misogyny" when he shamed a woman he met on a flight for wearing "ripped jeans".

Such opinions can also sometimes have fatal consequences for women.

In July, a 17-year-old was allegedly beaten to death by members of her extended family in the northern state of Uttar Pradesh because they didn't like her wearing jeans.