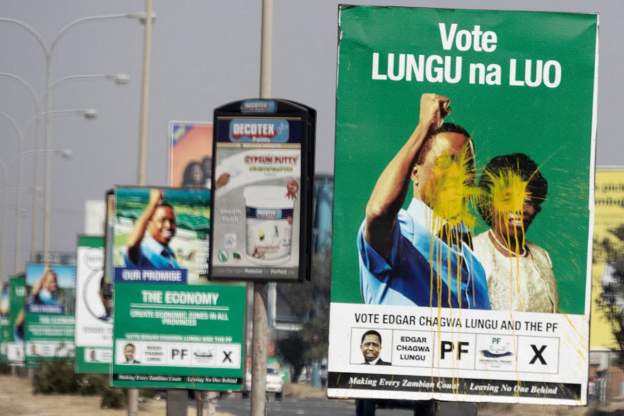 Zambians on Twitter blame cyberbullying, saying that people had been making mean comments on his page.

Mr Lungu lost to his rival Hakainde Hichilemaa, of the United Party for National Development (UPND), in the presidential election earlier this month.

The former head of state's Twitter account is still available with some comments on his religious posts mocking him.

A youth leader in the new ruling party said it was sad to see that Mr Lungu had had to take down his Facebook page and he urged people not to attack the former president online.

"Our differences with him were never personal but with the policies he pursued," UPND's Joseph Kalimbwe tweeted.

"The public must shift from attacking him online and move with us towards the path of nation-building!"