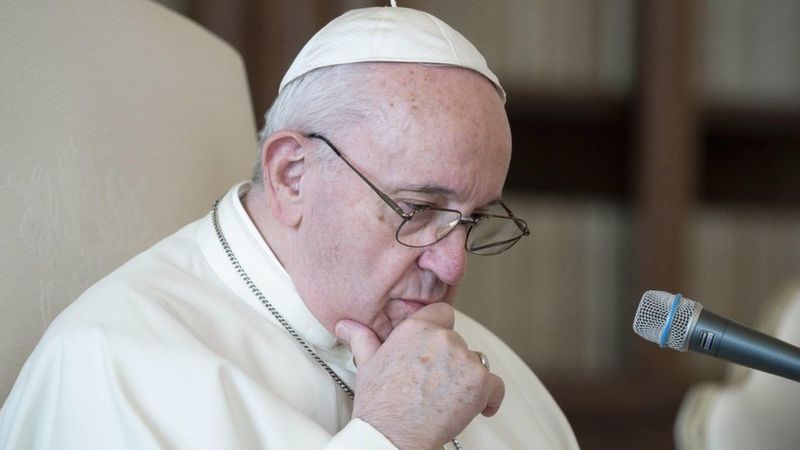 The Vatican has said it is investigating after the Pope's official Instagram account "liked" a photo of a scantily clad Brazilian model.

It is unclear when the account "liked" the image of Natalia Garibotto, who was dressed up in a school uniform outfit.

News outlets first started reporting the move last Friday, before the image was "unliked" on the platform.

Officials in the Holy See are now reportedly investigating how this could have happened on the Pope's account.

"We can exclude that the 'like' came from the Holy See, and it has turned to Instagram for explanations," a Vatican spokesperson told the Guardian newspaper on Thursday.

Sources close to the Vatican's press office told the Catholic News Agency on Tuesday that the accounts were "managed by a team of employees" and an internal investigation was now under way.

Ms Garibotto - who is also a streamer on the gaming website Twitch - has made light of the incident.

"At least I'm going to heaven," she tweeted.