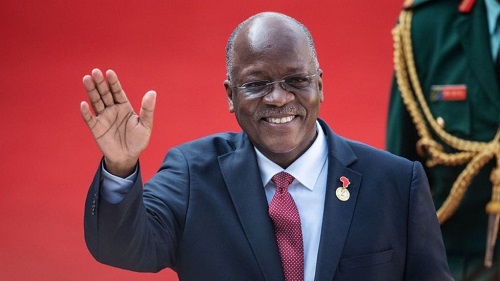 John Magufuli is the President of Tarzania
30.5k Shares

An unidentified illness has been reported in south-western Tanzania by local media where patients are said to vomit blood.

Health officials in Chunya district are quoted as saying that some victims died within hours.

The health ministry said it had sent a team of experts to investigate the reports but ruled out any epidemic.

Health Minister Dorothy Gwajima has suspended the local district chief medical officer who was quoted by local media as confirming the illness, the Citizen newspaper reports

.The ministry said it had established that the symptoms exhibited had been reported from as early as 2018.

It urged the public to remain calm as it investigates and promised to provide more information.

Tanzania has been accused of downplaying the scale of the coronavirus pandemic.

Tanzanians have been urged to boost their immunity with herbal remedies in the face of the pandemic.

The government has not provided any evidence that herbal remedies are effective.

President John Magufuli declared the country virus free and the ministry said it had no plans to order vaccines.