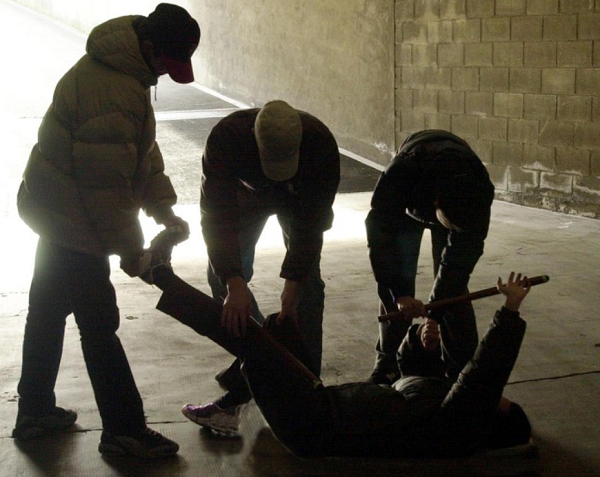 An Italian teen gang beat up a 29-year-old Ghanaian migrant with psychiatric issues and posted the video on social media, police said Tuesday.

News agency ANSA reports that the gang punched, kicked and racially insulted their victim in a public park at Pietrasanta, in the province of Lucca in Tuscany, police said.

The six gang members, five of them minors, have been charged with bodily harm aggravated by racial hatred.

The video shows them attacking the migrant who screams at the blows he receives, while they shout a racial dialectal term, "buba", at him.

Other youths were heard shouting "enough" at the bullies.