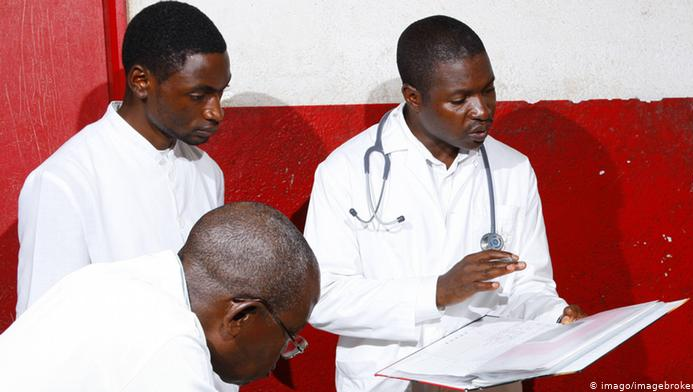 Police in Zambia have started arresting members of the resident doctors association after their leaders announced a strike on Friday.

The Resident Doctors Association of Zambia (RDAZ) is demanding the recruitment of 500 doctors and payment of salary arrears, among other issues, according to its president Dr Brian Sampa.

They are also demanding the creation of new positions for senior doctors who have continued to receive salaries at the level of junior doctors.

Zambia Police chief Kakoma Kanganja has also warned him that he would be arrested if he continued addressing his members through via Zoom meetings.

However, Mr Sampa has released a video, widely shared on social media, alleging that his members were now being arrested.

Medical students at the University Teaching Hospital in the capital, Lusaka, have started a go slow in solidarity with the association.

Zambians on social media have also condemned the doctors' arrests, with opposition leader Hakainde Hichilema tweeting that the crackdown was "insane":