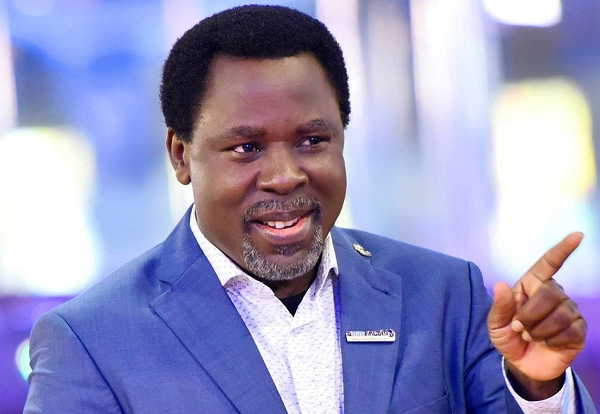 TB Joshua is one of Africa's most influential evangelists, with top politicians among his followers Follow @Graphicgh

Facebook has also removed at least one of the offending posts showing a woman being hit while TB Joshua says he is casting out a "demonic spirit".

The preacher said he was appealing against YouTube's decision.

TB Joshua is one of Africa's most influential evangelists, with top politicians among his followers.

"YouTube's Community Guidelines prohibit hate speech and we remove flagged videos and comments that violate these policies. In this case we have terminated the channel," a YouTube spokesperson told openDemocracy.

YouTube added that it "prohibits content which alleges that someone is mentally ill, diseased, or inferior because of their membership in a protected group including sexual orientation," the rights group said.