Countdown begins... People in my life 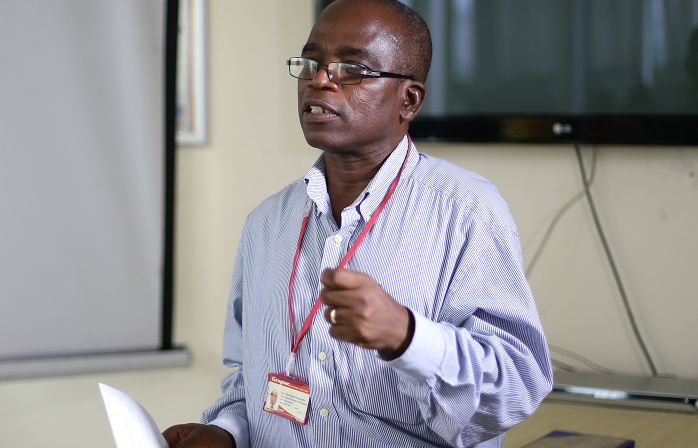 Today, as I recount the history of my employment with the Graphic Communications Group Limited which will come to an end officially next month, it is imperative to applaud three persons who were critical to my gaining formal education and a stint in theoretical and practical journalism.

I begin with Mr Kojo Yankah, who as Editor of the Daily Graphic  persuaded me to settle down as a print media journalist after my internship with the Graphic. When I completed my first degree, there was a strong influence and pressure on me to travel to Nigeria to teach. However, my father prevailed upon me to undertake graduate studies before he would allow me to travel.

Therefore when I completed my post graduate studies in Journalism and Communication Studies, the pressure was intensified. It was at that moment that Mr Yankah proved my saviour. Between January and March 1983, he kept on badgering me to come for full time appointment as I had proven my mettle during the internship.

I was however, indifferent and undecided because of the pressure to travel to Nigeria. I thought that if I took the appointment and left the job, it could discourage him from reaching out to others. However, when in March that year he called again to ask that I should come for the confirmation of my appointment before he proceeded on a long leave, I thought I had stretched his patience beyond limit.

I thus resolved not to travel to Nigeria and came to Accra and pleasantly, he ensured that I was given appointment which took effect from January1, 1983, a date which one of my subordinates, E.G.K.Deletsa, who worked as a Court Clerk, before venturing into Journalism described as fraudulent because it was a statutory public holiday.

Mr Yankah gave me all the encouragement and indeed when the company was sued for defamation because of a story I wrote and the Managing Director, Mr David Anane Fiadonu ,was on my heels to retract, the Editor promised that  for as long as I insisted on the veracity of the story, he would stand by me. He did and when we filed our response, the plaintiff voluntarily withdrew the suit

The second person who helped to entrench my interest in Journalism was Prof. P.A.V.Ansah, who taught me at the School of Communication Studies, University of Ghana, and ensured while a student, my article was published in the prestigious Legon Observer. The article was on eliminating examination malpractices and impersonation.

It was he who singularly forced me into teaching when he came to Graphic to seek permission from the Managing Director to release me to teach on part-time basis at the school in 1988 and since then I have loved teaching. Some of my pioneer students are Mrs Mavis Kitcher, Editor of the Junior Graphic and Nana Ohene Ntow, who made Kokrokoo on Peace FM what it is today.

To the two of them, I owe appreciation and gratitude for whatever I have achieved in the teaching and practice of Journalism. But beyond them is another person who was brought into my life by God to be a change agent in my life. When we were about to enter middle school at Boamang in 1967, there was a problem. In primary school there were two streams, but there was one stream in middle school. It was thus a question of the first to pay their fees. My father was not in a position to pay but as Providence would have it, the head teacher, Master Tettey, personally went to see my grandmother and informed her that if they did not appreciate education, he did and had accordingly reserved one place for me for as long as my father was willing to pay my fees.

As it turned out, all my mates who could not enter Form One had their education curtailed. I progressed from there and only terminated when I was called to do national service after my graduation from the University of Ghana, Legon.

God is wonderful, for when in my adult life I consulted to find out what could be a fitting gift for the help, I was in the office one day when a son of Master Tettey came to me virtually crying. He had been offered admission at the Accra Polytechnic and had up to Friday, that is in two days to settle the fees or lose the chance. With animation, I went to a colleague and borrowed money since I did not have enough on me. When Master Tettey  called to thank me, I said I rather owed him. He was eternally satisfied and always thanked me whenever I went to Boamang until his death.