Pozzolana: Thirsty in the abundance of water 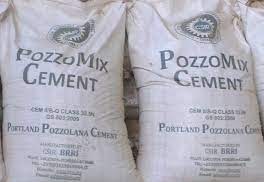 Pozzolana: Thirsty in the abundance of water Follow @Graphicgh

On the telly this week, a show host asked his two guests why housing and other building projects were so expensively priced. I knew where to get the answer. It lies in the official lack of confidence in African/Ghanaian solutions.

That mindset has, since the overthrow of Kwame Nkrumah, manifested itself in Ghanaian officials, business executives and public servants looking down on and actually rejecting local technologies and expertise.

I wanted to phone in to remind all of us that the Tema township, the first purpose planned enclave in West Africa, was designed and built by Ghanaian engineers and building technologists in the 1960s (note: early 1960s); that the Achimota Overpass in Accra, constructed in the 1970s (repeat: 1970s), was the work of Ghanaian engineers.

Today, 60 years down the line, when knowledge abounds and the know-how of our scientists has increased, Ghanaian engineers and building technologists are sidelined, as Brazilians and Chinese (“white men”), with presumably “superior intelligence”, are building the Kwame Nkrumah Overpass in Accra and the four-tier Pokuase Interchange project.

One of the two guests on the TV programme blamed our excessive dependence on imported inputs, citing the case of the poorly patronised Ghana-made Pozzolana cement in the construction industry.

Don’t blame contractors. In a country where the government is the biggest client in the construction sector, all it takes is a change of official mindset that will manifest in a government policy decreeing that a certain minimum percentage of local materials be used on all projects, be they GoG or not.

Never heard of Pozzolana cement? It was invented by the Building and Road Research Institute (BRRI) of the CSIR.

The “Clay Pozzolana” replaces up to 40 per cent of imported Ordinary Portland Cement for both concrete and general cement works.

The cost-saving was demonstrated when BRRI undertook the construction of 650 units of houses at Ashongman, Accra, using Pozzolana. By the time it handed over the houses, there had been a saving of 30 per cent.

Decades after completion of your project, there will be absolutely no cracks in a house built with Pozzolana. It is also more resistant to rain penetration and chemical attacks.

You want to know the millions of dollars Ghana spends importing cement? The country consumes eight million tonnes of cement a year. One tonne costs US$80.00.

I leave readers to do the math.

Ghanaian scientists do not blow their horn, but talking about durability, it is on record that when the fence walls of the Aboadze Thermal Plant in the Western Region were collapsing as a result of acids and salts eating away the sandcrete block wall and metal fence, it was BRRI that went to the rescue, using salt-resistant burnt bricks and Pozzolana cement.

Yet, in spite of these facts and figures, how many Ghanaian real estate developers, government institutions and individual builders will opt for Pozzolana? It takes the official policy.

To be fair, there used to be a government policy in favour of 60 per cent of local materials for public buildings, but it has remained a mere paper tiger. The reason is not far-fetched: the very government officials who have to promote Ghanaian solutions or ensure compliance with the law will themselves prefer imported materials!

It’s a mindset. The story is told of an attempt by the Building and Road Research Institute to introduce low-cost housing built with local materials – such as burnt bricks, clay roofing tiles, bamboo and compressed earth blocks – for workers in one of Ghana’s regional capitals.

A top government official moved heaven and earth to have the project stopped, describing the houses as “Atakpami houses”, implying they were below standard for educated city dwellers.

In a climate change-conscious world, Ghana is classified a net consumer of carbon, seeing as we import a lot of cement.

Using 40 per cent of clay-pozzolana in construction will be a significant step toward reducing Ghana’s carbon footprints.

In writing this article, I do not deceive myself that Ghana will, in the immediate tomorrow, officially jump onto the pozzolana bandwagon.

I pray that they do, but if they don’t, I remember Bob Marley said it: “in the abundance of water, the fool is thirsty”.