New team, new purpose; how Kotoko can go towards profitability and simultaneously improve its sporting performance. 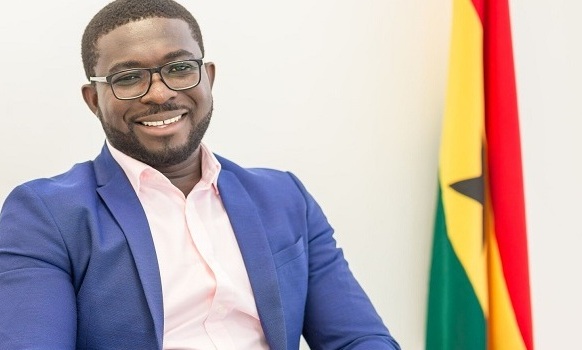 “When you’ve got something to prove, there’s nothing greater than a challenge.” - Terry Bradshaw

Football is the most popular and universal language which is loved by millions in world today. This sports ignites a lot of sentiments among football club supporters at the end of game. When we look at the past, the original principle of building football clubs were based on a geographical principle. The clubs brought together players from the surrounding area and were therefore adapted to the cultural tradition.

Now a football club is more than just the team that goes out on the pitch. As soon as you start looking for or engaging with sponsors and staff it soon becomes a business, and treating it as such is paramount to success.

On Thursday September 18, 2020 the recently appointed Chief Executive Officer (CEO) of Asante Kotoko football club, Nana Yaw Amponsah released an 8- team members who have distinguished themselves in their fields of endeavor to assist him to build a new page for the porcupine brand.

These great individuals namely Emmanuel Dasoberi, who will be Administration and Operations Manager, renowned Broadcast journalist Moses Antwi Benefo is the club's spokesperson ,Dentaa Amoateng, MBE as the Diaspora and International Relations Manager.

Brazilian lawyer Nilo Effori will be head of the legal department in terms of international matters.

Other team members include Thomas Sevordzi the finance manager, Eric Amoako-Twum the commercial manger, Akua Pokua Kwarteng Head of Legal (domestic affairs) and David Obeng Nyarko, the special assistant to the CEO will help steer the affairs of Asante Kotoko for the next three years.

Having a social purpose

The stakes are high for the Nana Yaw Amponsah led management to perform and restore the club’s lost glory in Ghana and beyond.

Football clubs have in the last decades gone from providing leisure activities to become business organizations, resulting in that, the differences have faded between football clubs and profit seeking organizations.

Therefore, this new management must do things differently to change the old narrative of managing Kotoko.Moreso, this can only be achieved when this solid team of able men and women of great repute, put in place, all the necessary structures to realize their short and long term vision for the club towards profitability and simultaneously improve its sporting performance.

Investing in the playing body

The investing in a team with technical experts and development of scouting and the global market meant a turning point in professional sports.

This buttresses the notion that, Asante Kotoko must invest in the current coaching staff by allowing the head coach to have his own back room staff with technical experts such as assistant coach, goal keeping coach, club physiotherapist and psychologist, team doctor, chief video analyst, nutritionist and others.

It should be in the plan of the new Nana Yaw Amponsah led management to the structure the Kotoko youth academy into various youth groups or academies with nurturing coaches attached to the age levels for them to progress through the ranks to feed the main Asante Kotoko with the rising talents.

However, when the need arises for the club to buy other talents from clubs in or outside Ghana, they should do that to strengthen the team, to compete and win laurels.

The porcupine warriors as affectionately called by football lovers have a very big brand that have been under estimated over the years and need to see a different direction under the new management team. The club in 2010 was awarded Africa’s Club of the last Century by International Football Federation of History and Statistics.

This confirms the club’s pedigree locally and oversea. There are many ways to use your branding to attract sponsors and Asante Kotoko must be clear about its audience’s demographic and psychographic, this is the best way for potential sponsors or investors to determine whether their offering is relevant to put in front of your audience.

Additionally, the management must remember that sponsorship is a two-way street, so they should think about what Kotoko is able to offer them.

Structuring the wages and other bonus of the players

We’re used to hearing others footballers in the world being rewarded with huge wages in their clubs, but in Ghana to be précised, the wages of our footballers are nothing to write about. It is as though we are still treating football as mere leisure rather seeing it as a profession of the footballers.

Given the short nature of a footballer’s career, top players in Ghana are often disadvantaged financially by the time spent playing.

This has led to the exodus of many home groomed players moving to seek better wages in other neighbouring countries in Africa, Middle East, Asia and Europe. Over the last decades, Asante Kotoko has lost blistering talents who could have helped the club win Africa Champions League and domestic titles but due to the club’s inability to pay huge wages to keep these budding talents, Asante Kotoko, continues lose these players Therefore, I will entreat the new management to work on the wage structure of the club.

Building or acquiring a stadium for the club

The pedigree of the club in Ghana and on the African continent is what makes this demand from the supporters and lovers of football in Ghana, wonder why a club with the rich Ashanti King being its owner, has not materialized till date.

I believe with caliber of personnel in the current management and the kind of association these individuals had had in the corporate world, should be capable of initiating moves to make this dream of Asante Kotoko having its Stadium becomes a reality and spears the club towards profitability and simultaneously improve its sporting performance.