I begin to wonder! 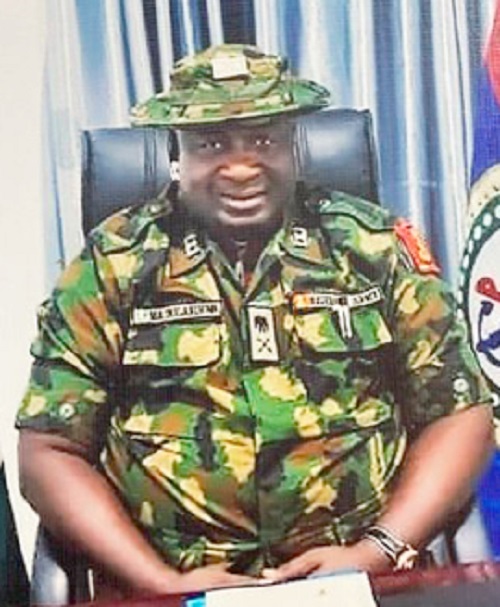 Recently, when I read the story of a fake General in Nigeria, I exclaimed in the current parlance of youngsters, “for real?” A fake General? It took me back to my days in Nigeria.

I will always remember Justice, a C-130 pilot, for his favourite saying, “I begin to wonder,” when he found something incomprehensible.

Justice and I were mates and friends at the Command and Staff College (CSC), Jaji-Kaduna, Nigeria, in the late-1980s.

Sadly, while serving in Cambodia in 1992/1993, I heard on BBC one morning the tragic news of a Nigerian C-130 air-crash at Murtala-

Mohammed-Airport, Ikeja, soon after take-off in Lagos killing all the over 200 persons on board.

The aircraft was conveying Directing Staff (lecturers) and students of the CSC from Lagos to Kaduna after a study tour of Nigeria’s offshore oil installations.

Reliving my days as a student earlier and going on a similar trip, I was inconsolable as I mourned my colleagues I did not know, except the Ghanaians.

It was not until I returned home from Cambodia over a year later that my “Manager” told me, the captain of the ill-fated aircraft was my friend Justice!

I have heard of people faking virtually all professions. So there have been fake or quack doctors, fake investors, fake teachers, fake lawyers and, indeed, fake soldiers in military uniforms!

But faking a General, Justice would have exclaimed “I begin to wonder!”

“A fake army general has been arrested for allegedly forging the signature of Nigerian President Buhari to commit fraud.”

Nigeria’s Economic and Financial Commission (EFFC) said Bolarinwa Oluwasegun, who was posing as an army general, defrauded Kodef Clearing Resources of over $US650,000.

EFFC said the suspect claimed he had been shortlisted for an appointment by the president, but needed the money to pay a bribe to get the appointment.

The suspect was said to have forged an appointment letter as Nigeria’s Chief-of-Army-Staff (Army Commander) signed by the president, which he used to defraud his victim.”

On December 31, 2021, a news item with the deadline Adenta Division Police Command arrests fake Medical Doctor, recounted the arrest of a man who had been practising medicine for 35 years without license from the Medical and Dental Council of Ghana.

Similar arrests of fake doctors were made at Peki of a 77-year-old fake doctor, Assin –Fosu and Dorma-Ahenkro in 2021.

At Nyinahin, a 39-year-old fake lawyer was arraigned before court in November 2021.

It is amazing how human beings easily believe implausible things, and fall victim to fraudsters or scammers such as Oluwasegun.

Here in Ghana recently, a nurse allegedly paid a pastor 40,000 cedis to help her go overseas for an advertised nursing job.

In her bedroom, the pastor asked her to close her eyes and pray while he mixed her some concoction.

After drinking the concoction, she passed out. She was woken up by a burning sensation and smoke.

The pastor had set her room on fire ostensibly, to burn her alive as he escaped with her money!

Incredible as this story may sound, similar ones occur more often than one would want to believe.

The question is if one has GH¢40,000 cedis, what sense does it make to give it to a pastor to pray for an overseas advert one is qualified for?

On January 13, 2022, a respected and enlightened 76-year-old chief committed suicide after money he borrowed from a money-lender to be doubled was scammed by the money-doubler!

There are Ghanaians who call themselves “connection men” who live by convincing gullible Ghanaians by promising them heaven in Europe or America.

Amazingly, people in reasonably good jobs pay large amounts of money to these connection men to help them cross the Sahara Desert to Libya, and then the Mediterranean to Europe.

While some die crossing the Sahara, others drown crossing the Mediterranean. Yet in spite of all this, people still entrust their lives to connection men, and embrace risk.

While unemployment levels may be high, if Ghanaians have the monies they give to connection men, then it defies common sense why they cannot invest the money here.

However, ultimately, it is the responsibility of government to protect, and educate Ghanaians about the dangerous adventure crossing the Sahara or Mediterranean, and create a congenial economic environment to make Ghanaians stay in Ghana.

But Ghanaians, wise up!

Stop falling victim to connection men such as fake general Oluwasegun of Nigeria, whose Ghanaian classmates could be lurking around in Ghana.

Sometimes, in my friend Justice’s words, “I begin to wonder” how much interest our rulers have in us Ghanaians!