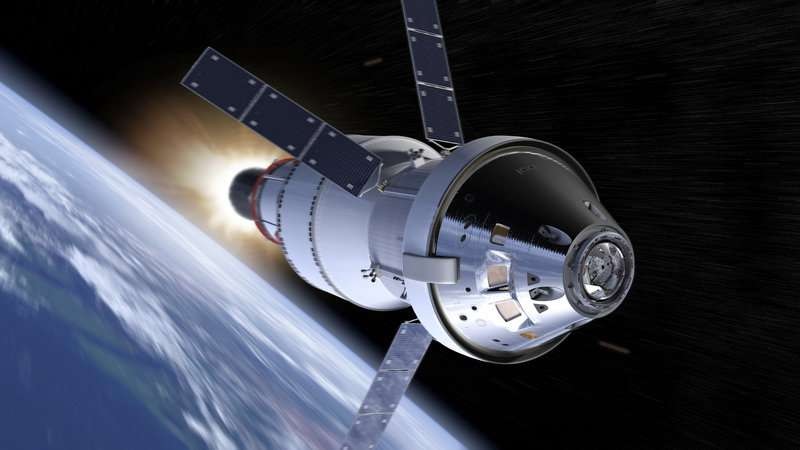 Fifty years ago on July 20, 1969, space exploration made a giant leap when two Americans, Neil Armstrong and Buzz Aldrin, became the first humans to set foot on the moon on the Apollo 11 mission.

But the drive to transcend our terrestrial boundaries began in October 1957 when the then Soviet Union launched the first-ever artificial satellite, Sputnik, into space in orbit around Earth. Then in 1961, Yuri Gagarin became the first human to venture into space, orbiting the earth aboard the Soyuz space capsule.

There are many who believe that space exploration and astronomy in general undermine belief in God. This should not be the case. In fact, studying and contemplating the universe should rather lead to God consciousness. The Holy Qur'an repeatedly enjoins humankind to do this, and on the 50th anniversary of the moon landing, let us examine this remarkable human exploit from a religious perspective.

At a mean distance of 384,400 kilometers from Earth, the moon is our closest celestial neighbour, and has so far been the farthest manned space flights have gone. Unmanned probes have gone farther, with the most ambitious so far being the Voyager one and Voyager two probes launched in 1977 to conduct close-up studies of Jupiter, Saturn, Uranus and Neptune.

If Voyager were to traverse the entire length of our galaxy, the Milky Way, it would take more than 1.7 billion years. Andromeda, our companion galaxy, is 18 quintillion, 921 quadrillion, 460 trillion, 945 billion, 161 million, 600,000 kilometres away.

It will take two million years to cover this distance travelling at 300,000 kilometres per second. Multiply the figures above by 7,000 and you will come close to the figure representing the distance from Earth in kilometres, of the most distant galaxy detected so far, GN-z11.

About 1,400 years ago, when the fastest means of transportation was the horse, the Holy Qur’an predicted space flight by humans, but said that there would be limits.

In Chapter 55 Verse 33, we read: “O ye assembly of Jinn and men! If it be ye can pass beyond the zones of the heavens and the earth, pass ye! Not without authority shall ye be able to pass!” And the limitations to space exploration are enormous.

Assuming we can shorten the interstellar journey by travelling close to the speed of light which is 300,000 kilometres per second, the amount of energy we would require would be prohibitive.

For example, the first stage of the rocket that sent Apollo 11 to the moon burned fuel at the astonishing rate of 13 tonnes per second, and all that power was used to accelerate the spacecraft to a speed of about 40,000k/ph.

Just imagine the quantity of fuel that would be required to accelerate the same craft to a speed nearing 300,000 kilometres PER SECOND!

And it gets weirder. We are not even able to observe the region beyond the Cosmic Horizon - the area beyond the most distant galaxies. And the problem is not with the reach of our telescopes.

Things get even more complex. Because the Universe is expanding, the cosmic horizon, by implication, is also continuously shifting. So, the Qur’anic reference alluded to above can mean humankind’s ability to venture into space physically through manned and unmanned space probes, or our capacity to observe the universe with instruments from the comfort of Earth here.

In either case, humankind’s abilities are limited.

Physicists have come up with the wormhole theory where a sort of tunnel connects two distant points in the universe which can be pulled close together by bending space.

This cosmic shortcut will make possible instant travel across vast distances, which otherwise would take centuries or millennia to undertake.

This reminds us of the miraculous journey that Prophet Muhammad (Peace be upon him) undertook in just one night from Makkah to the al-Aqsa Mosque in Jerusalem and his onward ascension to the heavens. Physics now confirms that this is theoretically possible.

The writer is a lecturer at the Islamic University College, Ghana.