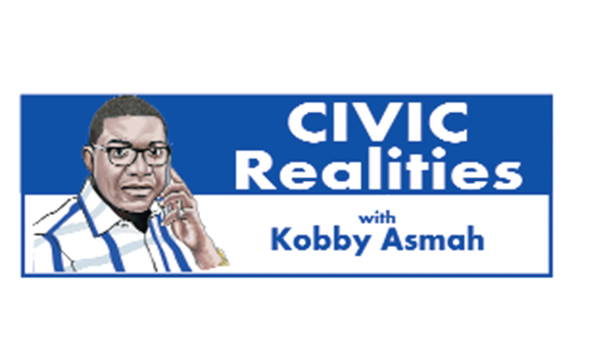 The President is about to appoint new Metropolitan, Municipal and District Chief Executives (MMDCEs). It’s been long in coming. We expected that to have happened last week but it did not, and we are now hoping the list will be out soon, all things being equal.

Article 243 (1) of the 1992 Constitution requires the President to appoint a district chief executive for every district with the prior approval of not less than two-thirds majority of members of the assembly present and voting at the meeting.

As the nation waits patiently for the names of our new would-be “honourables” to be announced, what readily comes to mind is their performance over the period and the role the various assemblies have played to promote development, accountability and increase government’s responsiveness to the needs of the people, including popular participation and transparency.

In this country, many people have issues with our MMDCEs in the discharge of their duties to address the challenges of poverty, rising inequality and insecurity, among other things.

After so many decades of decentralisation, development at the local level is not impressive and many local government experts are suggesting a shift to make their appointments more competitive and effective. Some are even calling for the people themselves to get actively involved in their selection and eventual appointment.

Thus, the soon-to-be-announced appointed MMDCEs for the various district assemblies by the President has attracted huge interest, not only for local governance experts and scholars, but the entire populace.

This is so simply because the driving spirit behind any local government regime is to involve the citizens in decision-making and the expected everyday interaction with the citizenry starts with the MMDCEs.

Being at the forefront of development, particularly, at the local level, the actions or inaction of MMDCEs can, therefore, mar or undermine the performance of any government and make it look unpopular in the very eyes of the people.

The appointment of the MMDCEs are, therefore, extremely important and that is why our President, who is in his second term of office, cannot take anything for granted and must consider and choose carefully whom he appoints to become MMDCE.

As the first gentleman of the land appoints new chief executives, we shall pretty soon find out who lost their jobs and who were retained.

The hope is that all the relevant stakeholders including traditional authorities will help the President to make the right choices based on merit and competence rather than only loyalty.

The country is faced with many development challenges. The very troubling one being the fight against the COVID-19 global pandemic and its concomitant effect and impact on the national economy. And so if at the district and community levels nothing pragmatic and concrete is done, the nation as a whole suffers.

It is, therefore, of utmost importance to know who leads in shaping our local government processes to make them effective and efficient.

The time is now for the performance of MMDCEs across the country to be scrutinised and assessed after which the non-performing ones are shown the exit.

After all, the duties of MMDCEs are not limited to the confines of their offices but on the field, and they must be ready to hit the ground running to work for and in the interest of the people they are appointed to serve. Indeed, good governance practices mean that our MMDCEs must collaborate with all stakeholders particularly traditional leaders and the people to fast-track development. Anything less will go a long way to undermine development and progress at the local level.

So far, many Ghanaians are increasingly disapproving the general performance of the MMDCEs and by and large their contribution to national development effort seems to be far from satisfactory.

The whole idea is how to get our MMDCEs more accountable and responsive to the needs of the people. Whatever the options are, the truth is that our MMDCEs by and large have so far failed to live up to expectations and they need to scale up performance and strengthen accountability at the local level to the satisfaction of the citizens.

That is where the citizens feel their importance and presence.

It has always not been easy bringing good governance to the doorstep of the people.

MMDCEs, who are the chief representatives of the central government, should not make Ghana's democracy deficient.

There seems to be a delay in the appointment of MMDCEs, but I am hoping it is for the good of it and once the names are finally dropped the agitations that usually greet such appointments will not be there.

All we are demanding as citizens is an efficient and effective decentralisation and democratic governance at the local government level and the citizenry empowered to hold their local authorities accountable for their actions.