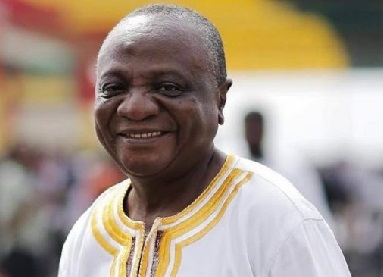 The veteran musician reportedly died at 2 am on Tuesday, September 28. He was 76.

According to reports Nana Ampadu, who is widely regarded as one of the pioneers of Highlife music, had been unwell for some time.

Acting President of the Musicians Union of Ghana (MUSIGA), Bessa Simmons, confirmed the news to Graphic Showbiz in a short interview.

He said the family would officially announce the death later.

Nana Ampadu, who was the leader of the African Brothers Band, formed in 1963, was a prolific songwriter who wrote thought-provoking songs many of which have endured till day.

Some of his popular tunes include Obra (which became the theme song for one of the Akan Drama shows aired on GTV on Sundays), Getty, Oman Bo Adwo, Ebi Te Yie, Kofi Nkrabea, Yaw Berko and Obi Benya Wo.

Since news of his death broke a number of personalities in the entertainment industry have been paying tribute to him.