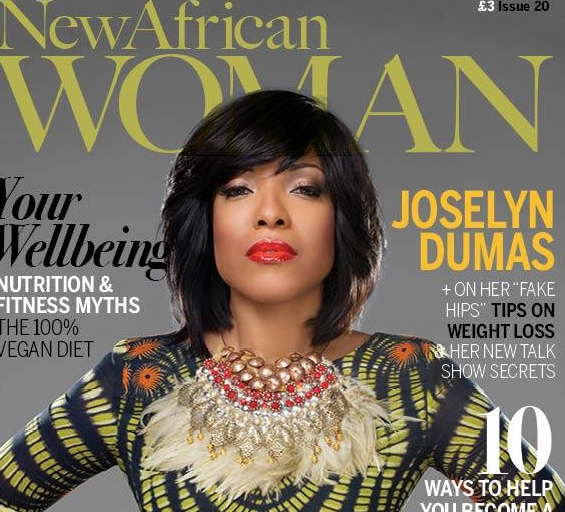 Actress and TV star, Joselyn Dumas is soaring high as she gracefully covers all the three editions of the brand new June/July 2013 issue of the New African Woman Magazine.

The 2012 face of the Range Rover Evoque for Ghana is seen on the news and lifestyle magazine’s South Africa, UK and International editions.

Looking chic on the cover, the actress opens up on her ‘fake hips’, gives out weight loss tips and talks about her new talk show-Secrets.

Joselyn is gradually becoming a household name, building a niche and a strong brand around her personality.

As an actress, Joselyn has starred in movies such as Perfect Picture and the award winning movie A Sting in a Tale.

She was nominated by the Ghana Movie Academy Awards in 2011 for 'Best Actress In a Leading Role'.

Currently Joselyn hosts the talk show, The One Show on VIASAT1 TV.