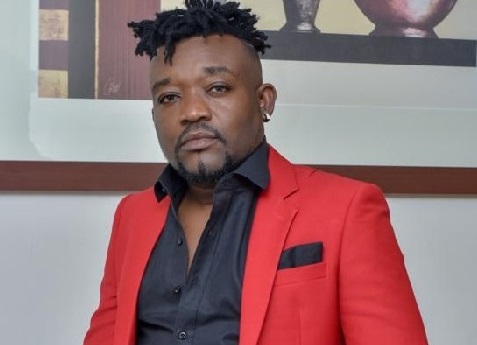 She was his first big signee and one who brought him huge popularity so it is not surprising that Rufftown Records CEO, Bullet is still in pain three years after Ebony Reigns passed.

Today, February 8, is exactly three years when news of Ebony, real name Priscilla Opoku Kwarteng's death broke. The Dancehall artiste, who took over the music industry, belting out hits such as Sponsor, Date Ur Fada, Maame Hwe, Poison among others, died in a car crash on the Kumasi-Sunyani Highway.

Her death and issues surrounding it were headline news for weeks and to date, she is still talked about for what she was able to achieve in a short time. However, for Bullet, who discovered Ebony, it was still hard to believe she was gone.

In a post on Instagram, Bullet, real name Ricky Nana Agyemang, put up a lovely picture of Ebony and wrote "It’s been 3 years already! I am yet to believe, you are truly gone. You will forever be in my heart because in there you are still alive. Keep reigning queen👸🏾.


Bullet was not the only one paying tribute to Ebony with a number of her die-hard fans also expressing their sadness to Graphic Showbiz. They described her death as the most painful and unforgettable thing to happen to the music industry since she was passionate about her craft.

“Her death was bad and shocking, it was a painful exit and I still don’t believe it. It’s so sad that at the very point of climbing up to the top, she just vanishes," one fan said.

Another fan, Elvis said, “Her departure was very painful and unbearable. I really love her Maame Hwe song, it was good and thoughtful. Though she is not here, I believe her songs are still great, may her soul rest in perfect peace."

“She was a great singer and loved by everyone. People did not like her but her songs and voice were always on point and till date, her songs are relevant and I believe if she were still alive, Ghanaian music would have gone far,” Caroline said.

"90s Bad Girl," as Ebony Reigns was also known, announced her presence on the music scene in 2015 with her debut song, Dancefloor. Her subsequent releases including Kupe and Hustle made her the toast of many music lovers.

Read also: Charterhouse is opportunistic - Bulldog
While she was controversial especially with the way she dressed, which attracted the disapproval of many others, no one could dispute her talent.

Unfortunately, her flourishing career was short-lived when she got involved in that fatal accident which also claimed two other lives; Francis Atsu Vondee, a military officer and a friend called Frankie.

The music diva was laid to rest on March 24, 2018, at the Osu Cemetery. She made history as the first female artiste to win Artiste of the Year at the Vodafone Ghana Music Awards in 2018 and also to do it posthumously.