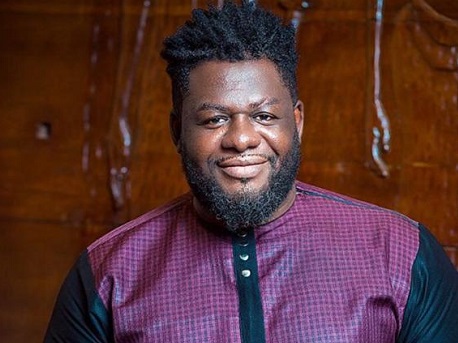 His comments follow the outfit's decision to lift its ban on Dancehall artistes Shatta Wale and Stonebwoy so they can be part of the VGMA.

Last week, Public Relations Officer of Charterhouse, Robert Klah, revealed that the VGMA Board had decided to lift the ban it imposed on the two artistes after the fight between their camps at the 2019 edition.

According to Robert, officials of Charterhouse would meet with Shatta Wale and Stonebwoy before making an official statement on the matter.

Reacting to the news on United Showbiz on UTV last Saturday, February 6, Bulldog said Charterhouse only wanted to milk the two artistes.

“Charterhouse is always taking advantage of these artistes. They know they cannot do without them hence the lifting of the ban. That is total nonsense and disrespect to the two artistes.

"They should have informed them of their decision and asked them if they were okay before taking that decision,” he said.

Entertainment pundit, Arnold Asamoah-Baidoo, who was also on the show, said Charterhouse had been disrespectful to Stonebwoy and Shatta Wale.

“I believe that the lifting of the ban without consulting Shatta Wale and Stonebwoy was disrespectful on the part of VGMA. I’m saying this because when the issue happened we condemned both of them and so it is proper for VGMA on their part to do the right thing.

"Shatta Wale and Stonebwoy are two big stakeholders in the entertainment industry so it is important the scheme considers and acknowledges their importance,” he said.

I am not violent - Stonebwoy


Be careful how you live on social media - Bullgod

Meanwhile, Bulldog says he is not afraid to go back to police cells for speaking the truth. Bulldog was recently arrested by the National Intelligence Bureau (NIB) for making some threats against President Akufo-Addo.

“Bulldog is not someone who will shut up for speaking the truth. I say things as they are and that is probably why people have problems with me. Sorry, there is nothing I can do because I cannot just shut up,” he explained.

Bulldog revealed that he wanted to go back to cells and help the inmates there because they are really suffering.

“I was there for just three days and the things I saw were just bad. Some of the people there are innocent of the crimes they are being accused of but they have been there for more than two years which is so bad.

"I want to go back there and help with whatever I have. The people need food, beds and some basic things. I think I would just have to invite the celebrities to help me do this. I have been arrested several times and I see what happens there and this time around I want to help,” he said.