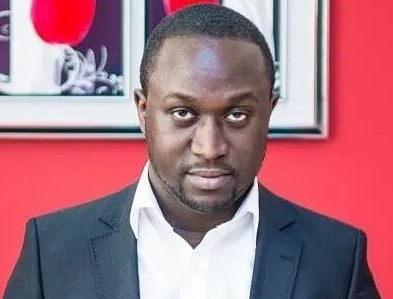 According to him, his signee Kuami Eugene never disrespected Guru as many people are saying. Guru had in previous interviews, claimed that Richie turned down his request for collaborations with Lynx signees Kuami Eugene and KiDi.

Guru claimed Richie refused the collaboration because he had some resentment over his (Guru's) feature on Obrafour's song Kasiebo, which took a swipe at the Lynx boss and rapper Okyeame Kwame.

And speaking on the matter in an interview on Adom TV's Fire for Fire with Countryman Songo, Kuami Eugene said Guru could not disrespect his boss and later come begging for a collaboration.

According to him, as a member of the Lynx family, anything he does goes through them and he expects that the people in charge of his label are respected.

“Guru did not use the right channel. You want to feature me but you go to media houses to insult the man who made me. I wouldn’t have been Kuami Eugene but for Richie so I expect that respect is accorded him no matter the differences that exist. I am under Lynx Entertainment and any song I produce needs to go through them,” he stated in the interview.

Those comments did not go down well with a lot of social media users who blasted him for being disrespectful. Guru also reacted to the statement saying he did not beg for the collaboration. He said he had only wanted to work with Kuami Eugene because he admired his talent.

He also told Kuami Eugene that he wouldn't last forever as there were others before him and there would be others after him.

Guru said there was the need for players to join hands and help address the problems of the industry.

Dear Kuami Eugene,
I admire your hardwork and how well you have come. I am already in my 13th years in this industry and i have been able to give back to back hits. I made sure I had not less than 4 hits songs every year and in 2014 i gave 10 MEGA hits in one calendar year, pic.twitter.com/6A0k9qEWWm

Point of correction I never begged for a Collaboration. I didnt ask for Collaboration because I wanted a hit song, I have alot of hit songs and im proud of that. I wanted you to know i appreciate your craft does why i wanted us to work together and nothing more. I wish you well.

After being quiet on the issue, Richie Mensah has spoken out in defence of Kuami Eugene saying he did not disrespect Guru.

He wrote on Twitter: "Let's call a spade a spade. There was nothing disrespectful in what Eugene said. I'm a responsible leader and I would have chastised my artist if he spoke out of turn."

Richie also questioned where the critics were when Guru consistently attacked him and disrespected him.


Kuami Eugene later responded to Richie's tweet thanking him for coming to his defence.

I owe every single achievement to You . And nothing is ever going to change that. Thank You , Now They Know I Didn’t Disrespect Anybody,
I was just being Loyal 🙏🏾 https://t.co/c6M8btqodN